Unbeaten super-featherweight prospect Ryan Garner (9-0, 6KOs) has personally assured promoter Frank Warren that he is back firing on all cylinders and ready to reboot his career at York Hall on Friday on the undercard of Sunny Edwards' world title tilt.

The 'Piranha', still just 23, was widely considered as one of boxing's finest prospects when he burst onto the professional scene back in June 2016 at the same Bethnal Green venue and soon his sparring services were called upon by champions of the calibre of Carl Frampton and Josh Warrington, who viewed young Garner as a world champion in waiting.

Happily, as the Southampton man acknowledges himself, the penny has finally dropped with growing maturity and he is ready to fully dedicate to the sport he excels in. And he put in a call to his promoter to confirm his commitment.

He will be bidding to get back on track after 14-months away on a card headlined by Edwards seeking to seize the IBF world flyweight title held by the formidable South African Moruti Mthalane.

"I can't wait," buzzed the Wayne Batten-trained protege. "I am feeling really, really good and, I know a lot of fighters say this all the time, but this really is the best I have ever felt. I have taken everything seriously - my diet, weight, sparring - and it has just been perfect, really.

"Hopefully I get this one done and then get straight back out and stay busy from here on in.

"I used to come into camp much heavier, but coming into this one I was bang on because of what I have been doing outside of the gym. I couldn't really have asked for a better camp.

"I have hit a reset button and I think I have finally grown up - I am 23 so it is about time!

"I have got commitments in life now, my own aims and goals, so it was time and now the proof will be in the pudding."

Boxing is what Garner does best, with him having been a decorated amateur and a hugely exciting young professional. It would have been a crying shame to have lost his talents to the building sites of Southampton.

"I have been boxing since I was 10 years old, so for me to have put all that hard work in and winning what I did as an amateur would have been a terrible waste. So I am glad I have turned over a new leaf and hopefully I have a promising future still in front of me.

"I am still working on the building site, although I have had the last three weeks off, but I will be back in on Tuesday after the fight because I want to get as much money as I can to save up for a house and work until I get another fight date.

"It will help me because you have got to go to bed early and have got to do everything right.

"This will be my 10th fight and hopefully I will get into the 20s pretty quickly because I want to stay busy now. I spoke to Frank and we had a catch-up where I was able to thank him for getting me out again.

"I will stay on the straight and narrow and, as long as I do my part, he will do his. So it is all good and he knows I am doing things right. If I produce I know he will because he has done it for me before.

Reading Super-Welterweight Joshua Frankham (2-0) are also in action. Joshua’s cousin, Levi Frankham is the second debutant on the bill besides Kumuteo.

How to watch Mthalane vs Edwards 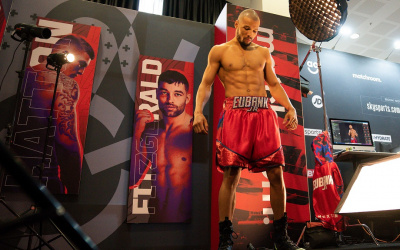 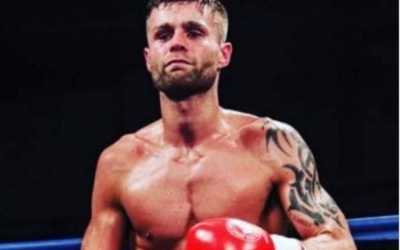