Billy Joe Saunders could be the seventh British opponent of Saul 'Canelo' Alvarez's illustrious career; it would be a world super-middleweight title unification fight; although Callum Smith warns that 'I don't think anybody beats' Canelo right now.

The Athletic reported that Canelo will meet Saunders in a world super-middleweight championship unification fight on the weekend of Cinco de Mayo, the Mexican national holiday, in May in the US. They were set to meet on this date last year before the global pandemic put a stop to that.

Saunders has since retweeted the news and posted: "Being underestimated is one of the biggest competitive advantages you can possibly have."

Canelo is first set to fight his mandatory challenger Avni Yildirim on February 27 in Miami.

The Mexican's trainer Eddy Reynoso was recently quoted, “Then, if we do well in that [Avni Yildirim] fight, by May there are guys like Billy Joe Saunders, Gennadiy Golovkin and Caleb Plant we can face.”

Superstar Canelo furthered his case to be regarded as boxing's pound-for-pound No.1 fighter when he ended the unbeaten record of Callum Smith in December in a WBC and WBC super-middleweight title fight.

Saunders is the unbeaten WBO champion and his belt edged Canelo a step closer to becoming the division's undisputed champion (Caleb Plant holds the IBF title).

Smith, who lost to Canelo via unanimous decision, told Sky Sports: "I don't think anyone beats him.

"He may only lose if he keeps going up in weight but he has put a stop to that. His defence is just too good."

Canelo has been warned by Ahmet Oner, the promoter of his next opponent: "[Yildirim] is more of a Gennadiy Golovkin-style fighter.

"He also has an excellent jab and I believe he will try more. Callum Smith, in my opinion, did not try anything.

"He disappointed, even if he went the 12 rounds, but it was a one-sided fight. Nothing against Smith, maybe the pressure was too big, maybe it was short notice, I don't know."

Read all related to articles on Canelo vs Smith HERE 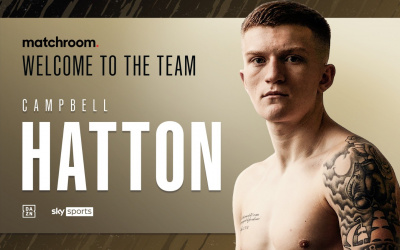