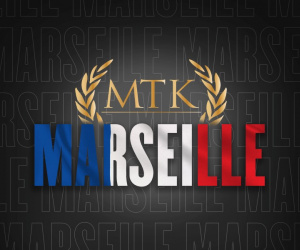 The superb facility, known as the 'Boxing Club Larbi Mohammedi,' is located in Southern France, and will be ran by highly-respected trainer Norredine Mohammedi.

Mohammedi said: "I'm very happy to work with MTK Global. I want my gym to be recognised all over the world and I want any boxer of any level to feel welcome here.

"We have two large rings, a weights room, a huge area with more than 30 heavy bags, plus much more. We want to have champions from around the world of boxing visit this gym.

"I trained by brother who was a French champion, but he died in a motorcycle accident. The gym is named in his honour and we now train several exciting professional boxers."

MTK Global Commercial Director Jack Johnstone said: "This another proud moment for MTK Global and a huge step forward in the development of French Boxing.

"Norredine has dedicated his life to the sport and we are delighted to be working with him and his team to develop and nurture the huge amount of talent down in the south of France.

"The 400 m2 facility in Aix-en-Provance has everything an elite fighter would need to train at the highest level."

More exciting announcements on further MTK Global gyms will be announced in the coming days.