Middleton boxer Taylor (21-1-1, 10 KOs) is one of the best 147lb fighters in the country, having recently fought Chris Jenkins for the British and Commonwealth welterweight titles.

Taylor was controversially denied the win in that fight after it ended in a technical draw, but he's now excited for the future after teaming up with MTK Global.

He said: "I am happy to be signing with MTK Global. My stablemate Terry Flanagan joined a year ago and has told me how good MTK Global is to work with.

"They put on some great shows in the UK with some top fights and fighters and I am looking forward to mixing it with some of their welterweights. I have ambitions of winning the top domestic titles and testing my ability.

"I am looking to stay active and I'm confident signing with MTK Global will help me achieve this. After an unlucky technical draw in November for the British and Commonwealth title I feel confident that I can take on fighters at British level and above. I am hoping to keep pushing towards the bigger fights I have been working towards."

Trainer Steve Maylett added: "Liam is excited about the move to MTK Global. For Liam it’s a chance to add structure to his career and give a clearer vision of what route he is going down.

"Signing with MTK Global is a positive move for Liam as it’s a fresh start, and I know they can guide him to titles where his talent lies."

News on Taylor's first fight as an MTK Global fighter will be announced in due course.

Want to join Liam in the world of boxing as a fighter, coach, referee, cutsperson, promoter, event coordinator, journalist and everything in between? Sign up for the #MTKAcademy now: academyse.co.uk/boxing 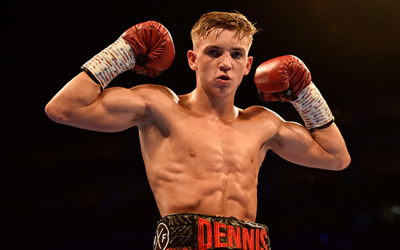 Lockdown Diary: Dennis McCann is one of the lucky ones