Dereck Chisora has always dreamt of winning a world title in the heavyweight division, but so far in his career, the British boxer has fallen just short of that goal.

Despite being 36 years old now, Del Boy may still have one final shot at winning one of the big belts. He must overcome the dangerous Oleksandr Usyk in order to do so though.

Chisora is scheduled to meet the Ukrainian on the 31st October in the feature bout on a pay-per-view event. He is 9/2 in the boxing betting to pull off the upset against the former undisputed cruiserweight champion.

It’s a big test for the British man as Usyk is considered to be one of the most dangerous boxers in the division. He has his own aspirations of fighting Anthony Joshua or Tyson Fury in the near future.

Chisora will be hoping his experience in the heavyweight division will help him against the Olympic gold medallist who has only had one professional fight as a heavyweight.

Del Boy has not been in the ring since his 4th round victory over fellow British boxer David Price in October 2019. This was his third straight win and an example of how dangerous the former British and European heavyweight champion can still be when he lands his big punches.

A clash of styles is expected when Chisora and Usyk square off next month which makes it a very interesting contest. Chisora is tough and will not be afraid to get into a scrap, while his opponent is slick and will look to use the ring as much as possible.

It has been a long time since Chisora last fought for a world title. His only previous opportunity came in 2012 against Vitali Klitschko. That bout in Germany was for the Ukrainian’s WBC crown.

Chisora put up a good show against one of the best heavyweight champions of the modern era, however, the decision went against him after 12 rounds.

Since then he has had notable wins over Malik Scott, Kevin Johnson and Carlos Takam. The latter was an impressive eighth-round stoppage at the O2 Arena in London.

Chisora may have been next in line for a world title challenge last year as he overcame Dillian Whyte in December 2018. That bout was a highly entertaining domestic contest in which Del Boy was stopped in the penultimate round by Whyte.

If the chance to meet Joshua does arise in the near future, Chisora will know the unified champion’s game very well. Both men are members of the Finchley and District Amateur Boxing Club. They have sparred together on several occasions so, Derek might just know the key to success against his clubmate.

For now, the focus has to be on Usyk as this may be the toughest test of Chisora’s career. With a lot riding on this fight for both men, they are unlikely to leave anything behind so it could be one of the best bouts of 2020. 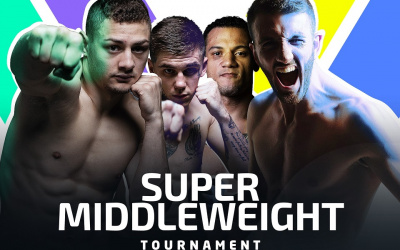