With WBC World Youth and WBC International Silver crowns also already to his name, ‘The Problem’ will resume his career later this year on the verge of the big time.

A proud product of Portsmouth’s boxing scene, 25-year-old McKinson is enjoying increasing support from his city’s football team and harbours a long term dream of bringing a world title fight to Fratton Park – so #MTKInsideAccess caught up with the talented southpaw to discuss how he arrived at this promising point.

#MTKInsideAccess: Hello Mikey. Tell us a bit about your early life, where you came up et cetera…

McKinson: “I grew up just outside Portsmouth in a little place called Leigh Park. It’s notable for being where former WBU, British and Commonwealth light-heavyweight champion Tony Oakey is from.

“I grew up around Tony from a young age. He was a good friend of my Dad’s and my Dad helped him with little bits of his training.”

Sounds like boxing was part of your life immediately as a kid then?

“It was always me as a boxer from an early age. My Dad had a few amateur fights and I’d go to the gym alongside him from the age of about five. I knew the basics. I knew how to shape up from a very early age. We used to always go to different gyms and spar different fighters.

“My brother Lucas Ballingall came into the sport a bit later after watching me train and box. He didn’t start properly until he was about 10. We were never allowed to spar because it used to get out of hand. He was very fiery as a kid and I was a bit of a good boy! We weren’t allowed to spar until we were pros.”

You were a good boy at school? That seems quite rare for boxers…

“Yeah. I was quite well behaved. I never liked confrontation and was quite shy. Kids used to try and start something with me knowing I do some boxing. There were a few times I had to stick up for myself and get into little fights. As soon as I’d won those fights, everyone left me alone and I became quite popular!

“I’m still quite shy when I’m away from boxing. My confidence with boxing doesn’t show that, which is good!”

When did you realise that boxing was what you wanted to do as a career?

“I realised I wanted to have a professional career in boxing from an early age. I trained with the local pros like Floyd Moore and Mark Coombs. I sparred them from very young and because my Dad was a trainer, I used to go to the professional shows from a young age too.

“I was always going to be a professional boxer. As soon as I was old enough, I believed I was ready.”

Was there a specific turning point in your career where you thought: ‘This is going to happen for me’?

“After my 10th pro fight, I couldn’t really do many rounds because I wasn’t selling lots of tickets. I was just doing four and six rounders. I asked my Dad when it was going to change and he told me to stay in the gym over Christmas and wait. I was 10-0 and he said we had to wait for the phone to ring.

“Luckily for me, my daughter was born the following day so for the next month I just stayed in the gym and at home. Train and look after her. A few weeks after she was born, I got the phone call to fight Ryan Martin for the WBC Youth. I worked 9-5pm in an office job and trained around having a new baby daughter so it was a hard and long camp. We went there and tore up the script.”

Now that you do seem to be well and truly en route to world level, what inspires you?

“What inspires me is having had it hard my whole career. I’ve constantly had to prove people wrong – especially in the big fights. That’s what motivates me. I’ve also got to succeed for my daughter. All of that really inspires me.

“It means a heck of a lot for me to be flying the flag for my city and it’d be great to bring a massive fight to Fratton Park one day. Doing everyone proud really motivates me and encourages me to do a lot more.”

Any regrets in life?

“If I could change anything, maybe I would’ve liked to do the ABA Elites but I was training with professionals from an early age so I was always going to turn professional quite young. In the end, I was 20 when I did but I’d been training with the pros from the age of 14. I didn’t get the chance to box much as a senior in the amateurs.”

Thanks very much, Mikey and good luck with chasing down those dreams.

Want to join Michael McKinson in the world of boxing as a fighter, coach, referee, cutsperson, promoter, event coordinator, journalist and everything in between? Sign up for the #MTKAcademy now: academyse.co.uk/boxing 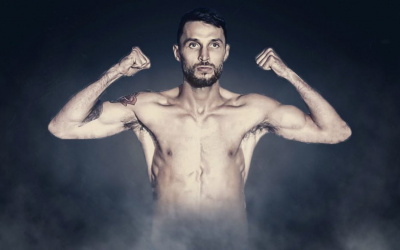