The fight will serve both boxers with their first six round contest in the professional ranks.

Former unlicensed champion, Bennett, is in touching distance of a shot at the Central Area heavyweight title, currently held by the disgraced Kash Ali, so this will be a must-win fight for him if he aims to contend for the regional championship next.

In his way stands the 27-year-old former unlicensed star, who won 17 from 21 bouts. Despite experiencing just one amateur fight, Willington trains at Epic Golden Gloves in Newark with former British and European champion Esham Pickering.

Bennett started boxing late, having his first fight at the age of 27, but went on to win titles in his local unlicensed scene and built up a sizeable fanbase in the process. The explosive puncher, who lists Roy Jones Jr as his favourite fighter, has already triumphed over some good opposition in Hungarian heavyweight champion Ferenc Zsalek; gatekeeper Dorian Darch; Nick Webb conqueror Kamil Sokolowski, who recently floored former world champion Lucas Browne in his last fight; and ABA finalist Chris Healey.

When he turned pro in 2017, his goal was to reah the top-10 in the British heavyweight rankings and he is not far away from completing his wish, currently ranked 17th with BoxRec.

Super-lightweight Sonny Price (6-0), 22 from Sheffield, aims to continue his winning streak on the undercard against Welshman Rhys Saunders (3-16-1). Promoter Joe Elfidh has promised to put Price forward for the Central Area title if he gets through his tough test with Saunders.

Unbeaten super-middleweight Dylan Clegg (3-0), 21 from Worksop, has his fourth four-rounder on the week prior to the anniversary of his pro debut.

Cameron Kaihau (1-0), 25 from Warmsworth, gets straight back to action just two months on from his pro bow against 107-fight veteran Lewis van Poetsch on April 13. The Yorkshire amateur champion, trained by his dad Simon at Mexborough ABC, goes up against London-based Italian Victor Edagha (1-57-2).

Declan Cairns debuts on the show. 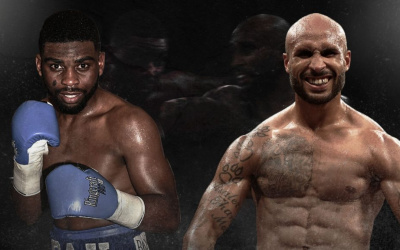