Tyson Fury shuts down conspiracies about his fight with Deontay Wilder

Tyson Fury has come forward and shut down conspiracies meant to dampen his win against Deontay Wilder back in February.

World Boxing Council heavyweight champion Tyson was forced to respond, with video evidence, after Marsellos Wilder, Deontay’s brother, led a group that accused the fighter of foul play. ‘The Gypsy King’ stopped Wilder in the seventh round to become the new WBC heavyweight champion of the world in a stunning fight in Las Vegas. The two had previously clashed in their first fight in December 2018 to a thrilling draw.

While multiple conspiracies surfaced on the internet after the WBC title fight, Tyson had to respond to the accusations because of how serious they are. Marsellos had alleged that “an autopsy” on Deontay showed that he got hit on the head with a blunt object. He concluded that since no glove or fist could cause such damage, Fury had ‘tampered with his gloves right before the fight’.

The Las Vegas fight was streamed online and received a lot of views, and the conspiracy theories have made it even more popular. Everyone curious to know how this ends is already looking forward to the third match between the two boxers. Many betting sites are offering free live streams on the event if you would like to watch the conclusion of this very controversial rivalry.

Fury's response to the conspiracy theories peddled by Marsellos Wilder, that the opposing trainer, Jay Deas, was present in the room while his gloves were fitted on the night of the fight and did not have an issue with them. He made a video debunking the foul-play conspiracy by showing Deontay's trainer Jay Deas witnessing his hands wrapped before the bout. In the video, Fury expresses his confidence by reassuring the fans that if he hid any blunt object in his glove, they have to be "two big 19 stone 7, 275-pounds destroyers inside each glove."

"So yeah," he explains, "getting punched up the temple may do that to you. Unless Wilder's trainer Jay Deas is in on the conspiracy too, along with all the Las Vegas State Commission officials who never left the room before the fight."

In the immediate aftermath of the fight, Wilder had lamented that the heavy ring walk outfit that he wore contributed significantly to his downfall in the ring. This excuse caused the internet to mock him as 'making excuses' for the loss rather than just accept that Fury was the better man in the fight. As a result, he took a step back and toned down on the excuses, a task that was taken over by his fans led by his brother.

Fury did not mince his words as he explained why he knows that the conspiracy stories are bull****. He reaffirmed that Jay Deas was not only in the room when he had his hands wrapped but that the trainer examined them before the match.

"[Jay] was in [the room] when I had my gloves put on. He examined them, and everyone else was in the room to witness."

Just hours after Fury posted the video calling the conspiracy theory bull****, Marsellos published a screenshot of a Google search results claiming to back his theory that the bones in a human hand would break before they cause a dent on a skull. He appears to be suggesting that he has 'additional evidence' that his brother lost his title unjustly and that he should still be the reigning WBC world heavyweight title.

However, Jay Deas has not made an official statement regarding the accusations by his team or the Fury's response. As tempers flare, there is only one possible end to this clash: a rematch.

The Rematch: An Unfinished Business III

The fight contract that Fury and Wilder entered into before the Las Vegas WBC heavyweight championship includes a clause that allows the loser of the match to invoke a trilogy fight. Right after the championship, and even before all the conspiracies surfaced, Wilder had already activated the clause on February 29th.

In a social media video, he promised to "rise again" and "regain his lost title." The match was initially scheduled to take place on July 18th, but due to the current pandemic, a potential replacement was slotted for October. However, Tyson Fury's promoter Bob Arum has ruled out the fight taking place any time before November.

There is only one way these accusations, counteraccusations, and foul cries will be settled: on the ring. Smart fanatics are following the developments from a distance, collecting the information they need to decide in whom they will place their money in the Wilder vs Fury III clash. 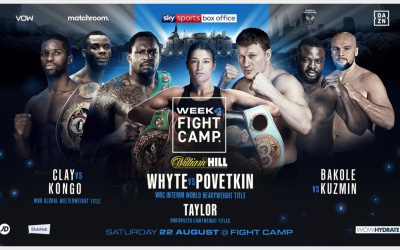 As restrictions on movements are eased, British boxers resume training