Tyson Fury: I just believe I take him out early, very early

Tyson Fury feels he has what it takes to stop Anthony Joshua inside one or two rounds – ahead of their potential showdown in 2021.

The two men have been on a collision course for a number of years, with Fury making it clear that he wants the unification clash to take place next.

Joshua retained his WBA, WBO, IBF and IBO heavyweight titles with a stoppage win over Kubrat Pulev last month, but WBC champion Fury was less than impressed with what he saw.

Fury told Fox Miami: “I don’t think he’s as good as people crack him up to be, or he doesn’t believe he is, in his own self. He’s got a confidence issue. He’s coming off two shaky performances.

“Boxing is all about who is in form and who isn’t. On his last two fights he’s not in form, on mine I am. Momentum is with me and I just believe I take him out early, very early. Maybe even one round, two rounds.

“This fight has been brewing for a long time. They have been avoiding me for a long time and now it’s finally got to happen. They either run away from the fight and announce it publicly, or take the fight. Either way it’s a lose-lose situation for him.”

Everything you need to know about Fury vs Joshua HERE 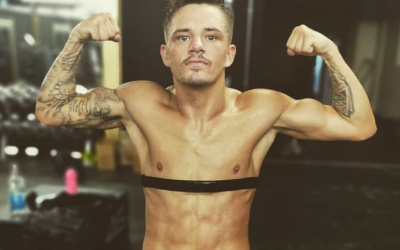 Improvements in the gym are keeping Lee McGregor positive for postponed European title challenge: "It's just delaying the inevitable"