The ‘Battle of the Baggies’ on May 4 at the Walsall Town Hall saw the underdog Jason Welborn (23-6) shock the champion to win the British belt on his third attempt in the closest of decisions with two ringside judges ruling Welborn the winner with scores of 114-113, and the third judge awarding it to Langford (20-2) with 115-113.

The BCB Promotions show was a sellout event and the headlining 12-round British middleweight championship contest between the two local rivals was worthy of a Fight of the Year contender.

With a rematch clause in the contract, the Bideford-born boxer triggered it immediately in an attempt to regain his belt.

Although a fight date has not yet been fixed, the former British titlist is confident the return fixture will go ahead.

Langford stated, “I am of the understanding that it is going to happen, which is obviously great news. All I can say is that negotiations are ongoing still, however, until it’s finalised, I can’t really say too much more.”

The 29-year-old added, “I’m already mentally far more switched on and focused on what I need to do in the rematch in order to get that British title back in my possession."

Welborn, 31, had two previous attempts at the British title at welterweight against Frankie Gavin and Liam Smith at super-welterweight – both times he was felled by body shots in the mid-rounds, but on his third crack at the crown he got his tactics right.

Ever humble, the former England amateur captain praised his victor, “He took his chance at the title and grabbed it with both hands. He got his tactics right on the night and I got them wrong.”

Welborn started brightly and rocked Langford in the second round with a heavy left hook, causing referee Terry O’Connor to step in and give the champion, propped up by the ropes, a standing eight-count.

Langford responded as a true champion by coming back to dominate the rest of the fight, almost forcing a stoppage in the ninth-round. 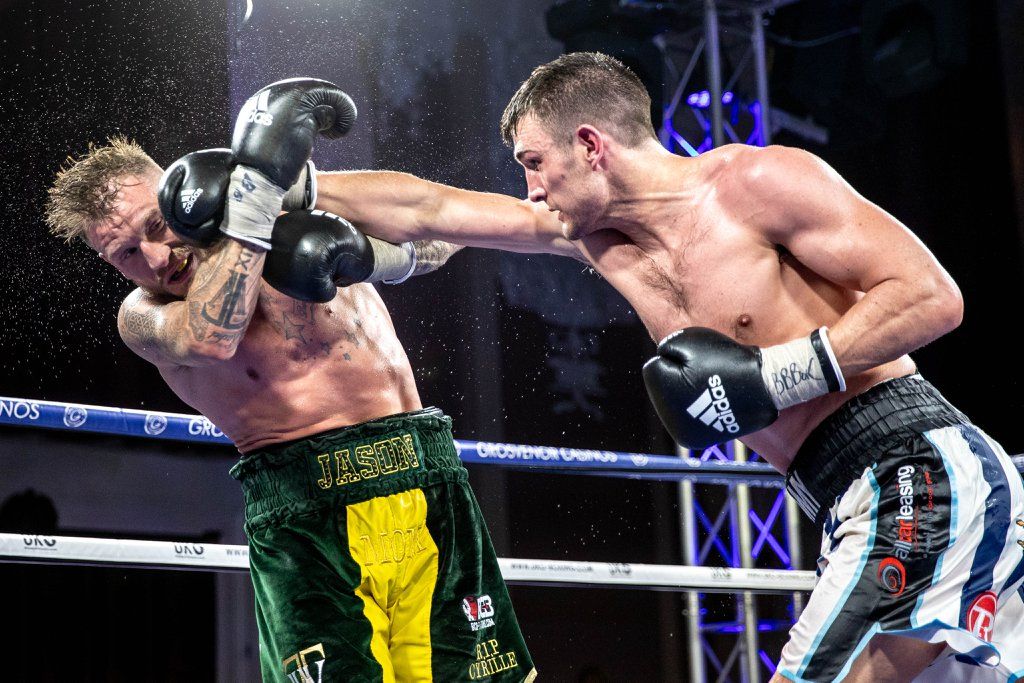 The championship rounds then saw the challenger come on strong for a big finish, which was just enough to steal the decision and dethrone his local rival. The 10-8 round in the second segment helped enormously to sway the decision his way.

Langford had previously won WBO Inter-Continental and Commonwealth middleweight titles but is now on a mission to win back the Lonsdale belt with a fight date likely to be announced very soon.