The pair, part of the Dennis Hobson Promotions stable, are at different stages of their careers, but both are equally ambitious and convinced they can add more titles to their ledgers.

Sheffield’s Frank, unbeaten in 10 fights, is coming off the back of a career-best performance after beating Ulsterman Luke Wilton in four blistering rounds in March to claim the Commonwealth Super Flyweight Title.

The 25-year-old will be having his second fight of 2019 in July, and is excited about moving his career another step forward.

“Life has been good since winning the Commonwealth belt,” said Tommy.  “I won the title on March 15, which was a massive achievement, and topped the bill again in my home city.  Then just a week later, me and my girlfriend got accepted our first house.  So, life is really good and I’m just going to keep building on things. The next step is July 5th, it’s going to be a massive Sheffield show and I couldn’t be happier.  I think we’re aiming to go down the IBF route next.  I’ve got a big domestic title already which opens up a lot of doors, but we’re plotting a course to where we want to be, and obviously the end goal is to be a world champion.”

Barnsley’s Wale, 27-11-2 (13), has been a pro since 2006.  The former British Bantamweight champion has already fought some of Britain’s best little-men in his career – including Gamal Yafai, Gavin McDonnell, Stuart Hall and Kid Galahad.  Having recently lost a European Title shot in France, and a British Title attempt at Super Bantamweight – Josh will now resume his journey at featherweight, where he feels he still has more to give.

“I’ve teamed up with Dennis [Hobson] now, and hopefully it can be the best chapter of my career,” explained Josh.  “I still want to box for a world title, and I think Dennis can bring me that.  I should have been crowned European Champion but got ripped off in France, so I’m not that far away really.  My last performance wasn’t good but I’m freshening things up with Dennis, moving to featherweight, and like I’ve done in my career all along, will prove people wrong.

“I’ve fought everybody at bantam and super bantamweight, and I know there’s still a lot more for me to give.  I’m 31 now and the move to featherweight will make a big difference.  All through my amateur career I boxed for England and won national titles at featherweight, and I only came down in weight as a professional.  It will refresh me, and I’ll have more energy at that weight.

“I’ve got a big fan base, Barnsley has really got behind me.  Last time I was at Ponds Forge was February last year when I beat Bobby Jenkinson, defending my British Title.  It was a brilliant show that Dennis put on that night and hopefully we can emulate that again on July 5.” 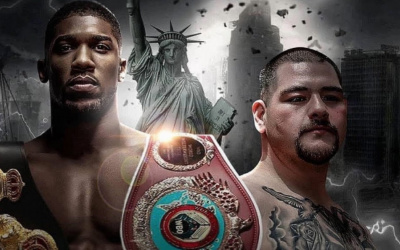