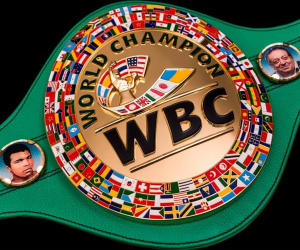 The WBC celebrates its 58th anniversary

A time to define and entwine the glory gained through blood, sweat and tears, as Green and Gold celebrates 58 tremendous and eventful years.

The World Boxing Council was founded on February 14, 1963 at 1:00 pm, in the Prado Alffer Hotel of Mexico City, which was later levelled by the rumbling shockwaves of the infamous 1985 earthquake.

But the WBC, which was supported by the sturdy interlinking pillars of 11 nations, has risen from its bedrock foundations to become, with granite resolve, the foremost skyscraper on the Boxing skyline.

It was the brainchild of charismatic Mexican President Adolfo Lopez Mateos, who had been a talented amateur, had then evolved into an avid fan, and was determined to place Mexico at the zenith of Boxing greatness.

The directors of the then National Boxing Association and the New York Athletic Commission attended the event, and gladly became part of the new group.

Another powerhouse was the British Boxing Board of Control, led by J. Onslow Fane, as well as Edouard Rabret who was at hand to represent the interests of French boxing.

From the NBA, which is today the World Boxing Association, its President Charles P. Larsen and Messrs. Anthony Petronella and Emile Bruneau. California was represented by Harry W. Falk. New York was represented by General Melvyn Krulewitch.

Icaro Frusca was here on behalf of the Argentine Boxing Federation, and Colonel Vicente Saguas Presas came from Brazil.

The first President was the British Onslow Fane, who lasted only a few minutes, explaining time constraints, preventing him from giving the crucial job, the full attention it deserved. He was succeeded on the spot, by Mexican Luis Spota.

Don José Sulaimán became World Boxing Council President in Tunis, on December 5, 1975, via unanimous vote. During his tenure of 38 years, Don Jose was instrumental in introducing the crucial major developments of the modern boxing era.

He will be forever remembered and revered for inspirational, brave, remarkable and major game changing innovations, in a sport which can never be played.

Mauricio his youngest son, who has devoted his life to the Sport of Boxing, was unanimously voted President in Mexico City on February 11, 2014, and continues the ongoing quest to better Boxing, especially concerning its health and safety aspects.

In its 58 years, the World Boxing Council has earned the title of the most respected and influential boxing sanctioning body. It`s a family of one 170 nations who meet each and every year at a Grand Convention, in magnificent locations dotted all around the World, celebrating and simultaneously working to improve every aspect of Boxing, which is the Noble Art of the closed fist, yet simultaneously the open heart.

Zhilei Zhang wants to reignite rivalry with Anthony Joshua: "I would love to fight AJ in China"