Tasha Jonas has no animosity towards domestic rival Terri Harper – but is certain that she will become the new world champion when the two finally meet.

Jonas (9-1, 7 KOs) was due to face Harper (10-0, 5 KOs) for her WBC super-featherweight title last month, before the coronavirus pandemic forced the bout to be postponed.

They are set to meet at a later date once boxing resumes, and while Jonas is respectful towards her opponent, she has no doubts that she is simply better than her.

Speaking on the Matchroom Boxing eRivals show, Jonas said: “I respect the way she’s come through. She hasn’t come from the big amateur background and had a big TV deal from the start.

“She’s got herself to that point. She’s hungry but I’m hungrier. I respect her, she’s young, she’s quick and she’s got a good engine but no disrespect, I just think I’m better.

“I can’t keep living off my amateur career. The WBC belt is one of the most prestigious belts and I don’t think from memory Joe Gallagher has had a WBC Champion yet. We want the belt, the t-shirts and everything!”

Promoter Eddie Hearn added: “Natasha Jonas was due to challenge for Terri’s unified World Championships in April. There’s been some fascinating conversations moving forward about when this fight might happen. This is a fight that is done, is agreed and will be happening.”

Aged 15-19 and want to join these guys in the world of boxing as a fighter, coach, referee, cutsperson, promoter, event coordinator, journalist and everything in between? Sign up for the #MTKAcademy now: academyse.co.uk/boxing 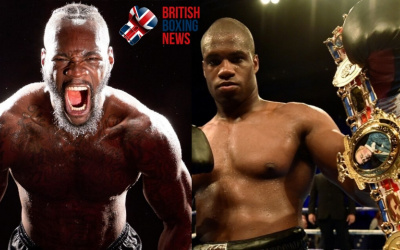