Luton-based promoter Goodwin beamed, “Nothing gives me more pleasure than when a boxer renews with us, it shows loyalty and that means a lot. It shows we have delivered on our promise.”

Steve continued, “Tom wants a title shot and now it’s my job to deliver this for him, once this pandemic is over I will be looking for this as soon as possible.”

Hitchin's Ansell, who boasts a record of 8-1, is desperate to step up now. “I want more 50/50 ﬁghts and I want titles. I believe I can go on to win an English, maybe even a British title.”

The 27-year-old went on to say “I am still training even during the lockdown and as soon as things get back to normal, I will be ready.”

Ansell who has featured on Goodwin Boxing, Matchroom and Hayemaker Promoted shows says it was an easy decision to re-sign. “Steve and the Goodwin team are great to work with and have got me to where I am now. So why would I sign elsewhere? I am happy and know they will deliver me the opportunities.”

Goodwin Boxing is a prestigious sports management company based in Leighton Buzzard that have been revolutionising professional boxing management since 2014. Headed by BBBofC licensed manager Steve Goodwin, the company ensures honesty, integrity & professionalism are the foundations on which all business is conducted. In 6 years the company has guided 36 boxers to professional titles from Southern Area to World Champions. Goodwin Boxing also operates a franchised promotional arm which has allowed them to work with multiple diﬀerent BBBofC licensed promoters, oﬀering experience, guidance and granting them a platform to deliver to a wider audience. So much has been the success that Goodwin Boxing has been voted promoter of the year for the past two years (2018 & 2019) as voted for by the BBBofC Southern Area Council. 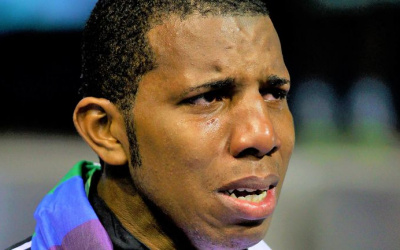