Mthalane had been unbeaten since 2008, while Edwards proved up to the task in his first world title outing.

The brilliant Brit served up 36 minutes of energy and movement to avoid the heavy handed South African. Some have reported on the vitory as an upset or a shock, but most boxing fans were confident that the Croydon combatant could conquer.

From the off, 'Showtime' Sunny circled Mthalane and maintained his distance. He landed sufficient volume of punches to not only clearly take rounds but to prevent his rival from getting close enough to fire home anything meaningful.

When Mthalane did land, Edwards' movement ensured only single shots could get home but more often that not it was the Briton flicking home a variety of blows while switching from the southpaw to orthodox stance effortlessly.

It's the second time that the IBF World flyweight title has been brought back to the south London town of Croydon - Duke McKenzie did so in 1988.

"It might not be pretty or exciting all the time but I am hard to beat," said 25-year-old Edwards, who was an underdog going into his first world title fight.

"I've been saying it the whole way through. It was a quiet build-up. We were friends before, I hope we're still friends now.

"He was good at closing the gap down. I felt I deserved to win. Their corner said I had won. I'm over the moon."

Promoter Frank Warren called Edwards' display a "masterclass" and said the great Floyd Mayweather - who preaches the art of hitting and not getting hit - would have appreciated a "great performance".

In the chief supporting event, Michael Conlan's (15-0, 8 KOs) super-bantamweight debut was a little tougher than expected, but the Belfast native pulled through. Conlan edged Ionut Baluta (14-3, 3 KOs) by majority decision (114-114, 115-114 and 117-112) to win the WBO International junior featherweight belt Friday in London, formally announcing his intentions as a world title challenger at 122 pounds. 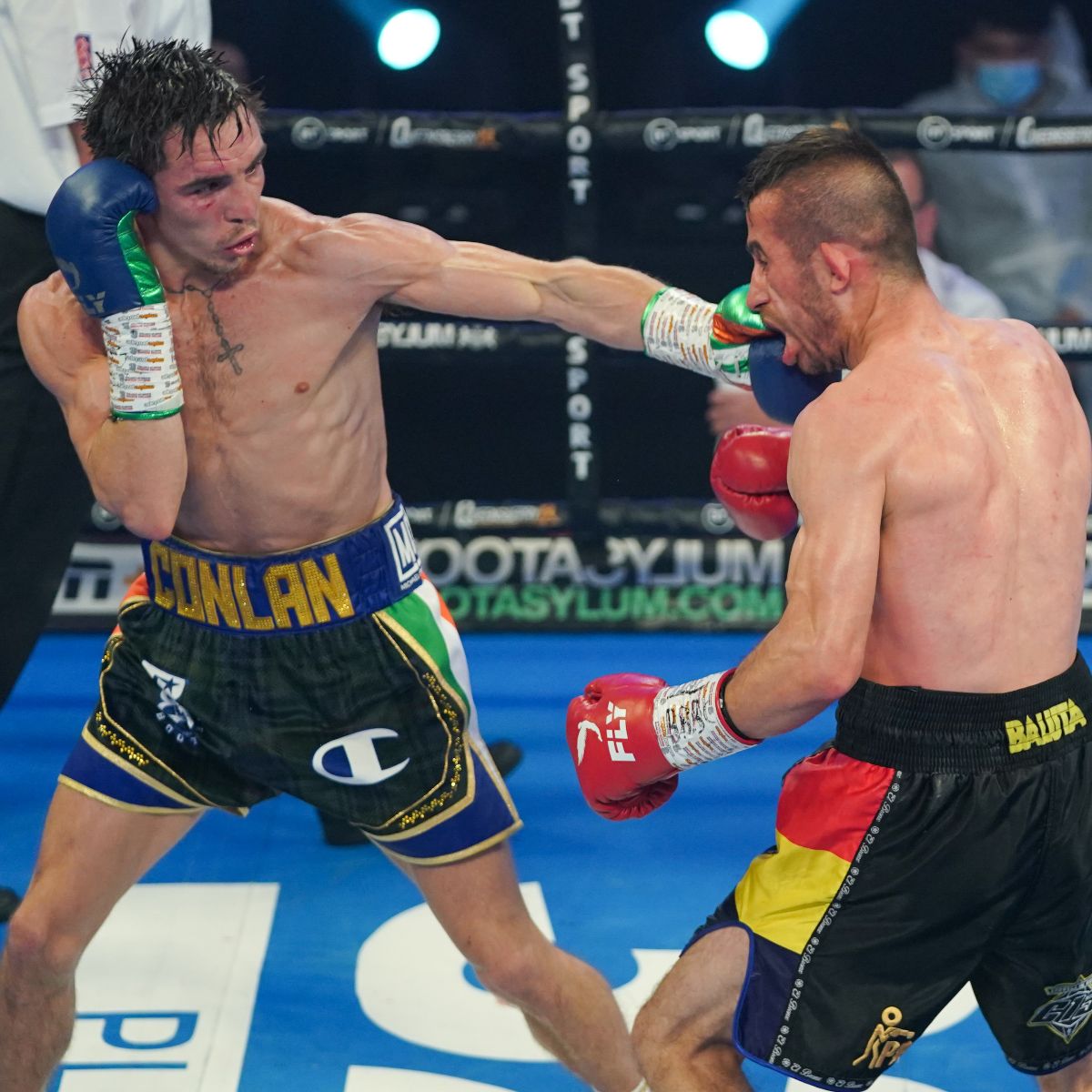 Mick Conlan's 122lbs coronation was almost spoiled, as Baluta closed the fight strong in the final three rounds. Conlan's early lead proved too much for the Romanian-born contender to overcome. Baluta, whose awkward attack was difficult to decipher, entered the bout coming off upset victories over a pair of Conan's Irish countrymen, TJ Doheny and Davey Oliver Joyce.

Conlan, who is the WBO No. 1 junior featherweight contender, can now look toward a title shot shortly. Whether the title shot is next, or a couple bouts down the line, remains to be seen.

The 29-year-old Irishman said, “Baluta is a tough character, tougher than I thought. And he showed it in his last two performances. He’s as game as they come. But he was missing tons of punches, so I wasn’t really worried. But when {the first scorecard read} was a draw, I was like, ‘What’s going on here?’

“It was a good fight, good preparation for what’s to come.

“I’ll stay active. I’ll fight in August anyway, and I’ll get straight back in the gym.”

Kicking off the show, unbeaten bantamweight powerhouse Andrew Cain (7-0, 6KOs) remained unbeaten by winning his seventh successive contest, but was forced to go the distance for the first time in his pro career by Manchester’s Stephen Jackson (1-1, 1KO), who was almost stopped in round three, but moved well to hear the final bell sound.