Steven Ward vs Hafthor Bjornsson - Everything you need to know

This weekend will see the highly-anticipated exhibition bout between ex-WBO European light-heavyweight champion Steven Ward and former World's Strongest Man Hafthor Bjornsson - and here's everything you need to know ahead of the showdown.

The two men meet over 3 x 3 minute rounds at the sold out Conrad Dubai, with viewers around the world able to watch the bout on coresports.world on Saturday at around 4:30pm GMT (8:30pm local time).

The event is taking place thanks to the superb work from the Dubai Government, the Dubai Sports Council and the DTCM, with their proactive approach to safety measures and protocols making them a shining example of how things should be done on the international stage.

Their tremendous dedication has seen Dubai become one of the global leaders in this department, and the event has followed all of the essential safety measures to ensure it is as safe as possible.

The fighters have been placed in a bubble-like environment, with regular PCR testing, strict access, social distancing, the wearing of masks, sterilisation processes and more all followed.

Bjornsson has become one of the most recognisable men on the planet in recent years, after winning the 2018 World’s Strongest Man, 2018 World’s Ultimate Strongman, 2018 to 2020 Arnold Strongman Classic and Iceland’s Strongest Man every year from 2011 to 2020. He is also known for playing Gregor ‘The Mountain’ Clegane in the critically acclaimed HBO series Game of Thrones.

He is set to take on strongmen rival Eddie Hall in a fight being dubbed as ‘The Heaviest Boxing Match of All Time’ later this year, and sees MTK Global working with CoreSports to serve as the official boxing advisors for the clash.

Before Bjornsson turns his attention to the fight with Hall in September 2021, he will get some rounds under his belt when he first meets Ward in this weekend's intriguing battle.

Ward has a professional boxing record of 13 wins and just one defeat, and won the WBO European light-heavyweight title against Liam Conroy in June 2019, with the two men involved in a bout that many fans deemed the Fight of the Year. He has since moved up to cruiserweight, where he defeated Jone Volau in September.

Along with the Ward vs. Bjornsson extravaganza, there is also a packed undercard, including undefeated sensation Rohan Date, who is scheduled to face Moaz Allam.

Liam Williams: "I would happily face Chris Eubank Jr because I know I’d beat him" 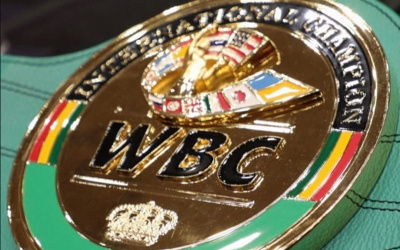