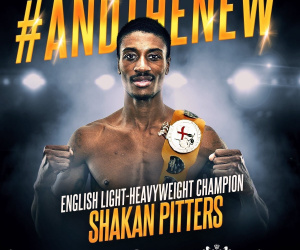 Birmingham's Pitters, 30, showed he can comfortably accommodate the championship distance, as well as fight under duress, and proved he has a chin on him also.

Prior to this fight, Pitters had never really been properly tested or taken into deep waters, despite winning the Ultimate Boxxer tournament, where he defeated three top prospects in one night, winnng against Spelman in the final. He came out of the fast-paced competition barely sweating.

Trained by Paul Counihan, Pitters kept Scunthorpe’s Spelman at bay by utilising his long range, but 'Kid Nytro', trained by Carl Greaves, deserves immense praise for absorbing Pitters’ long punches, wading through the flak and winging left hooks from first bell to last. The champion performed like one, by consistently applying pressure and doing everything he could to retain his title.

Spelman was bleeding from the nose from the fourth round, but kept the distance closed, slipping shots to try to get in on the inside of Pitters to land his left hooks to head and body. He did manage to do so, but Pitters' persistent movement allowed him to avoid most of what Spelman tried to spend.

Shak sizzled in the sixth segment, as he switched stance from orthodox to southpaw, kept Spelman at the end of his reach and tore through his guard with a vicious uppercut midway through the round and ended with a short, sharp left hook that rocked Dec's head back.

The champion came out stronger in the seventh, clearly realising he had a stinker in the sixth. He closed the gap and doubled up his hooks to get plenty of success.

In the cauldron heat of Bethnal Green’s York Hall, Pitters, a near-freakishly tall 6ft 6ins, showed he can comfortably accommodate the championship distance, can take a shot and overcome crisis.

Spelman, who ended the contest with claret spilling from his nose and left eye swollen to a grotesque slit, showed a warrior’s heart. He managed to land a heavy left hook in the last 30 seconds, but Pitters moved his feet, flicked out his jab and heard the final beel sound.

Dec went out on his shield, losing by three identical scores of 97-93. For Pitters, who scaled a surprisingly light 12st 5lbs 12oz, the future looks very bright. The British title is now vacant and he leads the pack chasing for that honour. 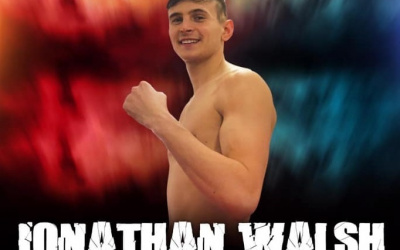