Sam Bowen aiming to give up the day job

SAM BOWEN hopes for a double celebration this weekend winning his second professional title and preparing to quit his day job.

But Ibstock’s British champion still works full-time building digger engines for Caterpillar meaning he has to run in the morning and can only get to the gym in the evenings.

“I have spoken to my manager Carl Greaves and after this fight we need to look at a sponsor to cover my wages.

“I earn good money at my job and my son is only four months old so I cannot just jack my job in.

“While I can do my job and box I will, but the fights are getting serious and harder now that I am promoted by Frank.

“I don’t know really know rivals like Zelfa Barrett, Archie Sharp and Leon Woodstock, but I think they are all full-time professionals. The majority of lads at my level are training full-time.

“Becoming a full-time boxer will only benefit myself and everyone around me.”

Argentinian Cabral, 29, caused a big upset on the road last year when he toppled unbeaten Logan McGuinness in Canada - his only fight outside his homeland.

Bowen (13-0) insists having to work 40 hour weeks has not hindered his training ahead of debut on a Warren bill.

“I am lacking rest at the moment and my body is always sore, but I am super-fit and do not miss training because of work,” added the 26-year-old.

“After the morning run a  lot of champion boxers rest and have their food, I am straight to work. Rest is as important as training.” 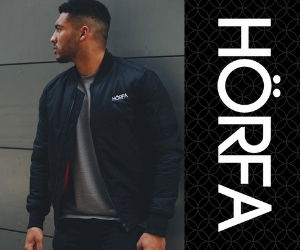