Ryan Walker is determined to prove himself against Lee McGregor: "Now is the time to show what I'm made of"

Ryan Walker fully focused on getting the win over Lee McGregor

Ryan Walker is well aware of the big rewards that will be on offer if he can defeat Scottish star Lee McGregor on Wednesday's action-packed #MTKFightNight event.

Former Southern Area super-bantamweight champion Walker (11-1, 2 KOs) faces British and Commonwealth bantamweight king McGregor (8-0, 6 KOs) at 122lbs on a massive card at Production Park Studios in Wakefield – live in the US on ESPN+ in association with Top Rank, and worldwide on IFL TV.

A victory would propel Walker into the limelight, and he insists his complete focus is on defeating McGregor and showing everybody what he is capable of.

Walker said: "My main focus right now is getting past this fight. A lot of boxers make the mistake of overlooking opponents and thinking about the future. Now is the time to show what I'm made of.

"I did well in my last fight and was happy to get the win, but I stay humble. It showed in that fight that I'm moving up in levels, and I've fought against guys who are naturally bigger than me and I've proved I can handle myself.

"It's been hard few months for everyone, but luckily enough me and my family have been safe. A lot of people I know have been affected by it, but we can only stay positive and do our best to get things back to normal."

McGregor vs. Walker is part of a huge bill on Wednesday, which also features Lewis Crocker and Louis Greene clashing for the WBO European welterweight title, plus Darren Tetley and Liam Taylor meet in a British title eliminator.

It’s part of a huge week of #MTKFightNight events, as on September 2, Akeem Ennis Brown and Philip Bowes clash for the British and Commonwealth super-lightweight titles, and Dan Azeez defends his English light-heavyweight crown against Andre Sterling. 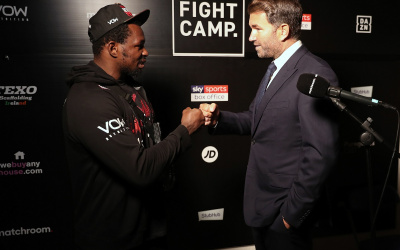