In what was due to be the decider of an exciting trilogy between old rivals Miles Shinkwin (14-4) and Joel McIntyre (17-2), currently scored at one apiece, the cancelled English light-heavyweight contest will lkely be rearranged for 2019, as McIntyre looks ahead to the second Ultimate Boxxer tournament on November 2 in London.

An unfortunate sparring injury left Bushey boxer Shinkwin with a potential fracture on his right hand, just weeks before their intended September 15 fight that was all set to decide their thrilling trilogy.

An 11-0 unbeaten McIntyre was beaten by an 8-0 Shinkwin by two points in their first meeting at the York Hall for the vacant Southern Area light-heavyweight title back in 2014.

Get to Know… Miles Shinkwin

The warring pair met again two-and-a-half years later, this time in Portsmouth, with the English championship on the line, which McIntyre took home with him via a wide unanimous decision win.

With McIntyre already booked to compete in the Ultimate Boxxer II on November 2, it means the trilogy won’t likely be reorganised until next year, which means Shinkwin will now have to wait until 2019 for his next shot at the English championship.

Shinkwin had no choice other than to withdraw but is unsurprisingly frustrated after what had been a productive training camp for him.

He said, “I was looking forward to this fight more than any I have ever had and I think everyone around me could see how happy I was.

“Everything was on track, my weight was great and I was honestly flying in the gym.

“I spent six weeks dying in training, not really living any kind of life and for the fight not to happen, I am gutted.”

It is the first time in a professional and amateur career spanning the best part of 100 fights that the 30-year-old has ever had to pull out of a scheduled contest from a fight but that allows very little consolation for an aggrieved McIntyre.

“I’ve had a year of it,” the 30-year-old Portsmouth puncher began. “I was meant to fight Kirk Garvey for the Southern Area title in June and he pulled out two days before, then Miles Shinkwin pulled out on the Bank Holiday Monday before our fight. It’s been a series of massive disappointments to me.”

The Leigh Park powerhouse will now head into the next edition of Ultimate Boxxer, on November 2 at the O2 in London, after the duo of cancelled title fights, but believes he can rebound by winning the light-heavyweight tournament.

The intended English title fight between the two rivals is expected to be rearranged for early 2019.

Ohara Davies insists: I’m a boxer, not a talker 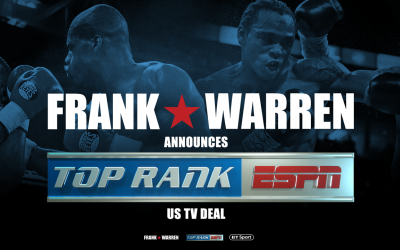