Lee Siner is known throughout British boxing circles as one of the best amateur fighters not to fulfill his potential in the professional ranks. However, things have changed and Siner has made changes outside the ring in order to progress within it.

In a world where there are many negative stories in the world of boxing, Siner's is a positive one. Despite having well-documented issues numerous years back, the Liverpool heavyweight, now trained by Cheshire based Terry Spencer, has turned his life around and now looks to make a big splash in the professional ranks.

Siner opened up about some of the activities he has partaken in recent years. He said, "In the last two years all I have done really is go to the gym and walk the dog in honesty. I've been sober for two years and have left my past behind me and I feel fantastic for doing it.

"I've got a lovely new partner and we've settled down. I'm really happy and settled in life now and that is what drove me to come back to boxing and have my own personal redemption by being a success not just for myself, but being successful for the kids in the community who may have gone down the wrong path. I want to be living proof that you can turn your life around if you work hard.

"I've been mentoring and working with some of the amateur boxers at TS ABC as I really am passionate about helping the boys and girls in the gym progress in the right direction in life. We live in a society where kids can go down the wrong route easily, and I'm personally making an effort to make sure that it doesn't happen to any of the young boxers I see in the gym these days."

Siner has recently agreed terms with well-respected manager Kevin Maree and has a clear path of success within the professional ranks ahead of him. Siner discussed his link up with Maree Boxing and his hopes for what his professional journey will result in.

Siner stated, "I want to be a good example to young people all over that you can reform your character and you can change for the better. I used to be about the nights out, now I only go out to go to the gym and walk the dog. That's how my life has changed and I feel so much better for it.

"I'm constantly getting involved with mentoring people and local charities as I want to use my experiences outside of the ring to help those in similar need. I have a great opportunity at redemption and I have to thank Kevin Maree and Terry Spencer for giving me this opportunity. It's up to me now to succeed and I'm confident that I will."

Essential tips for beginners in boxing 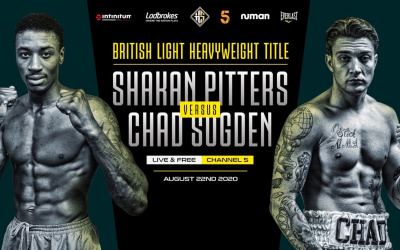