Professional debut out of the way, Ruairi Dalton expects to enjoy his next fight

With his professional debut now firmly out of the way, rising star Ruairi Dalton (1-0) is ready to turn it up a gear.

29-year-old Dalton returns to action on Saturday’s huge sold out #MTKFightNight at the Ulster Hall in Belfast – live in the US on ESPN+ in association with Top Rank and worldwide on IFL TV.

‘The Rook’ made a big impact when he entered the paid ranks back in October by defeating Nicaraguan Jose Hernandez (4-38-1), but he’s now relishing the chance to return with the pressure firmly off him.

Running order for Undefeated show in Liverpool on February 28

Dalton said: “It’s always exciting fighting at home in front of your fans, and especially at the Ulster Hall as it’s always a great atmosphere.

“Training has gone well, but I’m not going to lie it was tough especially over the Christmas period when everyone was eating sweets in front of me!

“Ulster Hall for me is the best boxing venue in Northern Ireland. I’m glad the debut is out of the way now because it was a long time coming, so I think this time around I can enjoy it more.

“I’ve just got to keep racking the wins up and see what opportunities are out there. Hopefully on Friday I’ll produce a good clean performance that makes the crowd happy.” 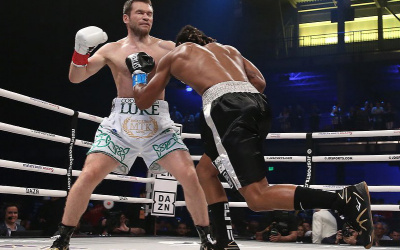