Only 11 months on from it's creation in October 2019, the final of the Golden Contract featherweights tournament is about to reach it's thrilling conclusion.

Longest-reigning British champion Ryan Walsh (26-2-2, 12KOs), one of only 13 boxers to own a Lonsdale belt outright during this decade, clashes with former English and British super-bantamweight champion Jazza Dickens (29-3, 11KOs) over 10-rounds at 126lbs.

The winner of this 50-50 contest is set to receive a lucrative long-standing contract to take their career forward to higher levels.

With so much at stake, BBN asked their panel of experts to provide their predictions for the upcoming competition climax:

"Great fight! Both fighters going down the final stretch of their careers and the winner should get a big fight after this so both will put it all on the line.

Looked like Jazza had lost it a few years back, but seems reinvigorated now and, if still got it, would be a favourite to win on points.

Ryan has to try and make a fight of it and if he can then he will win.

Toss of a coin but going for Jazza having a big lead, Ryan turning it around but too late and not enough to change the cards for a points win for Jazza."

"I think Walsh is probably going to be too much for Jazza. The spree Walsh has been on has been great, all his last 10 opponents have really been fantastic."

"Two great lads. Got loads of respect for both. Scousers back scousers, however, and I can’t see past Jazza in this one. I think his work rate will be too much. It’s a close fight, but I’m backing Jazza Dickens to win."

"Very good fight this is, and probably the most even fight to happen in a long time; both looked good in the semi finals and, to be honest, I can't pick a winner, so may the best man win."

"The featherweight final for the Golden Contract might not have the bad blood involved like in the super-lightweight match-up but I think it's going to be a tasty affair with tons of action to satisfy blood-thirsty fans.

Both Walsh and Dickens were involved in superb semi-final bouts where they demonstrated great attitude, desire and talent to edge past tricky opponents.

Who is going to win? Honestly, I don't know. I can see their styles gelling wonderfully in a see-saw battle of wills more than skill as they are so evenly matched.

This one is too close to call. I'm just going to predict a draw."

"Walsh v Dickens looks another close fight for me, but Walsh by a tight points decision."

"This is a great fight and a credit to the vision that MTK had when creating the Golden Contract tournament. A final like this, to me, is a resounding success of the competition. These are two fantastic fighters, two of the best at British level right now. If you take away the world level fighters like Josh Warrington, Kid Galahad and Isaac Dogboe, you next have Walsh and Dickens, so this is literally the 'Battle of Britain' to determine who is the no.1 best British featherweight.

By the time this fight rolls around on September 30, Ryan Walsh would have been the British featherweight champion for five years and four days! He has scalped some top contendrs along the way - Samir Mouneimme; Carl Frampton's last opponent, Darren Traynor; hard-hitting, formidable world title contender James Tennyson; Commonwealth champ Reece Bellotti. His one title defence that ended in a draw with Isaac Lowe, Walsh signed up for a rematch but it never happened due to Lowe taking a fight in Americe instead. Walsh said he also signed to defend his Lonsdale belt to Jordan Gill and that also never materialised.

At the age of 34, five years the British champ, he is still a hungry fighter that wants wins and glory. I beleive it's going to be a really close battle, it's a real pick 'em fight, but I would side with Walsh to win a very close decision on the scorecards."

"It’s a great fight between two very very solid professionals. My head tells me Walsh but my heart tells me Jazza. I’m Scirish now so I’m gonna go with my heart and Jazza to come out on top on an absolute cracker!! He’s both the absolute epitome of being a professional, and a lovely, sound man too.

I'd be over the moon to see him get that Golden Contract."

Everything you need to know about Walsh vs Dickens HERE 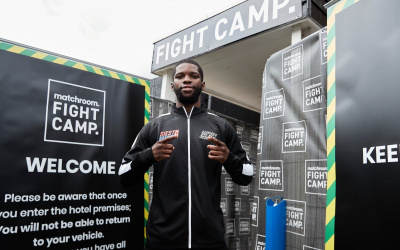