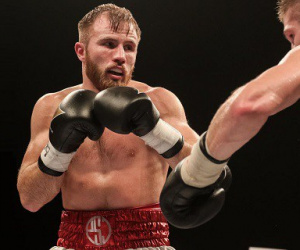 Sutcliffe and Collins both on redemption missions in Belfast

'The Dubliners' are on tour this weekend as two sons of Irish boxing legends feature on the same Belfast bill, with Phil Sutfcliffe Jr and Steve Collins Jr taking to the ring on Friday night.

And a stacked undercard at the Devenish Complex features a host of MTK Global-backed talent, including Sutcliffe Jr, who is the son of the two-time Irish Olympian and European amateur medallist, as well as Collins Jr, son of the two-weight world pro champion.

Heavy-handed Crumlin light-welterweight Sutcliffe Jr (13-2) also takes on undefeated German opposition, clashing with 7-0 Andreas Maier in a six-rounder, as he aims to rebuild following a stoppage loss to Josh Leather last May.

“I’ve been too long out of the ring, but I’m looking forward to getting back in there,” said Sutcliffe, who hopes a victory may lead to a rematch with Yorkshire’s Leather down the line.

“The loss was a kick in the b******s. I didn’t agree with the stoppage, but after a while I realised it was out of my hands. It’s a big year ahead next year – it’ll be all guns blazing and I’m looking for big fights,” continued the 27-year-old, who is trained by his Olympian father.

“If I can get the Leather fight it’ll be great. I just want good notice and I’ll put my head down. I’d love that rematch if I’m being honest - I’d pull my socks up and prove a point. I don’t care where it is as long as it’s a fair fight and may the best man win.”

The 27-year-old recorded a comeback win over Latvian journeyman Edgars Sniedze at the Devenish three months ago. And Collins (11-1-1) aims for back-to-back victories at the Belfast venue this weekend when he takes on Hungarian Istvan Orsos over six.

“I’m looking to fight the six rounds at a fast, hard pace because I’ve never been as fit as I am now,” said Collins, who is training under new coach Steven O’Rourke in Inchicore, having departed his uncle Paschal’s Celtic Warriors Gym.

“Hopefully my opponent is decent and he’s not just there to pick up a cheque,” continued ‘The Wolfhound’. “Steven has me in great shape, I’m in a good place. MTK are keeping me busy and I’m happy with how things are going heading into the new year.”

A former Irish and professional amateur champion, Tims is hoping to use the six-rounder as a tune-up for bigger fights in 2018.

“It’ll be good to get in there for the six rounds. Training has went well so I’m looking forward to it,” said the 37-year-old, who  returns to the ring for the first time since a knockout loss to current Commonwealth champion Luke Watkins in Belfast last June.

“I’ve had little niggling injuries holding me back, but I’m working on them. I’ll get this fight out of the way and keep in shape for one or two big fights next year,” added Tims. 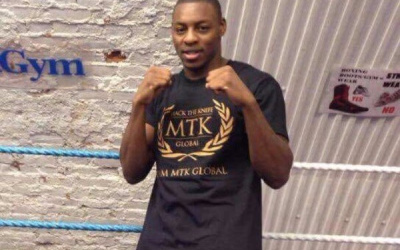