Croatian Toni Bilic (1-6) will provide ‘Dazzling’ Darrel Church (2-1-1) with his fifth test in the professional ranks on December 3rd at London’s York Hall.

The 22-year-old from Split – a picturesque town along the Dalmatian coast – is ranked sixth in the 175-pound division in his native country.

16 years on from beating Mike Tyson, Danny Williams is back in the ring on August 28

A former kick-boxer, Bilic trains out of the popular Joker Gym in his hometown, where he fought his first three professional fights.

Essex boxer Church commented on his forthcoming foe, “He don’t bother me, really, I just want to get in there and fight.

“During all my training camps, we’ve never really looked at opponents; it’s always been all about me and focusing on my strengths, so I haven’t seen anything of him so just going to go in there and do what I do best.

“Kevin Campion and Steve Goodwin know what they’re doing with me.”

Church recently received a boost from main sponsors MB Surfacing, allowing the former unlicensed star to train around the clock. The financial support has meant more time spent in the gym honing his craft.

The 27-year-old said, “I’ve been developing my jab a lot, throwing more shots and just getting the fitness up.

“I’ve been working on my left hook and have got a lot of good feedback from sparring partners, saying it’s a knockout punch. I won’t be looking for a knockout but we’ll just see what happens on the night.”

The six-footer has only experienced four fights in two years punching for pay, his debut was way back in July 2014 at Grays Civic Hall when originally signed to Carl Greaves Promotions.

Illnesses and injuries have caused Church’s career to stutter along at a slow pace but the Witham resident hopes the recent support from sponsors will change that.

“Where I’ve been inactive with just four fights in two years, I’ve never been able to get on a run but now I should be in a place where I should be looking good and knocking these opponents out. If I get on a run, I’ll be doing much better in my career.

“I’d like to push for five fights next year and should have the backing of a full-time sponsor for each training camp.”

“Living the life of a full-time professional is a lot better than what I was doing before where I was flat-out all the time. Now, I’ve got time to rest in-between sessions and to train three times a day.

“The best thing is the sparring that I’ve managed to get in this camp. I sparred Anthony Yarde this week at the Peacock Gym in Canning Town, so it’s great to be mixing at higher levels to push me on.” 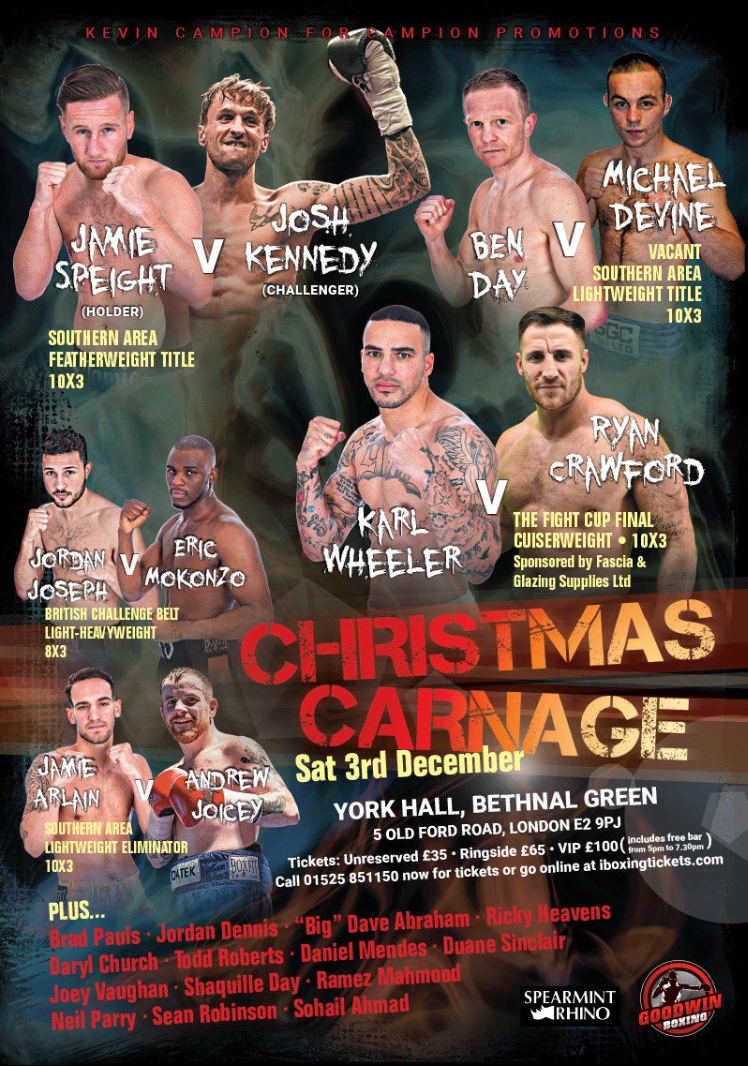 The winner of that contest will get to see who their first defence will be against as Jamie Arlain (4-0) takes on Andrew Joicey (3-2) in an eliminator for the title.