The Lion versus The White Rhino

Unbeaten Nick Webb (12-0) will meet David Allen (13-4-2) at London’s O2 Arena in an eliminator for the British heavyweight title as part of the July 28 Dillian Whyte vs Joseph Parker bill, live on Sky Sports Box Office.

The pair are bound to set the Greenwich Peninsula alight in what is expected to be an all-action, explosive heavyweight clash that is unlikely to go the distance due to their exciting clash of styles – Allen wears his heart on his sleeve and likes to tread forwards and Webb is a devastating puncher with huge confidence.

The pair have been trading verbal blows over social media for a short while now and they will finally get to meet on the last weekend of July with the winner landing a shot at the Hughie Fury’s British title next.

Although the Surrey man, known to fans as ‘Wild’ Webb, is yet to taste defeat in his 12-fight career, the upcoming clash with the ‘White Rhino’ will mark a significant step up in class for the 30-year-old from Chertsey.

Doncaster's Allen has previously been the distance with headliner Whyte and was last in action when he fell to a final-round stoppage loss to highly-rated French Olympic gold medallist Tony Yoka.

He has voiced his delight at landing the fight with Webb on Twitter, stating that it’s: “one last roll of the dice”. He also told fans that he can’t turn down a good fight and plans to take Webb out in four-rounds.

Webb has been planning his raid on the heavyweight scene for over a year now and was all set to reignite an old rivalry with former amateur opponent Joe Joyce, who both have a long history of meeting in ABA finals, until the proposed fight fell through.

Eddie Hearn had announced in an iFL TV interview that he was planning on setting up a Commonwealth heavyweight title fight between champion Joyce and rival Webb, who immediately accepted the opportunity to fight for his first professional title, but was ultimately left disappointed by the ‘Juggernaught’s’ statement released on social media affirming that he won’t fight until he replaces his former trainer, Ismael Salaz, who moved to Doha into semi-retirement.

Webb’s forthcoming title eliminator should put a frustrating 2017 behind him, a year that saw potential championship contests with Nathan Gorman and Daniel Dubois both disappear.

‘Wild’ Webb was made the mandatory challenger to fight for the vacant English heavyweight title against Nathan Gorman (12-0), only for the 21-year-old to pull out and face Mohamed Soltby (13-0) for the WBC International Silver belt instead, which he won via fifth-round TKO.

An ensuing injury then saw Webb’s potential championship opportunities with Daniel Dubois (7-0) evaporate while he was sat on the side-lines during recovery.

Despite still having the English championship in his sights, Webb signed contracts for a crack at the ‘Juggernaught’s’ Commonwealth crown as soon as it was offered, but that too fell through.

If he wins against Allen, he will then be made mandatory to Fury’s Lonsdale belt and his disenchantments of failed fights will no longer be an issue.

Inspired by his grandad, the Surrey star started boxing late, aged 20, but quickly raced to a total of 21 wins from 27 amateur fights, reaching the Novices finals in 2011 and winning it in the following year in 2012. In 2013, he met Joyce in the Elites finals and then again in the semi-finals the following year, tasting defeat both times at the hands of the more experienced Team GB boxer.

It was after the 2014 ABA semi-finals when Webb turned over having not been selected for the Team GB squad despite trialing on three occasions. He signed professional contracts with Hall of Fame promoter Frank Warren, a partnership which only lasted a year, debuting at the York Hall in March 2015 and scoring a 56-second knockout in front of the Box Nation cameras.

As a free agent he has taken full advantage of the independence by appearing on Hayemaker Promotions, Cyclone Promotions, Hennessey Sports and Matchroom Boxing events.

The Surrey puncher, managed by Scott Welch, was last seen in action on February 3 on the Lawrence Okolie v Isaac Chamberlain undercard at the O2 Arena in London when Webb blasted his Croatian counterpart away in the last 15 seconds of the second-round. 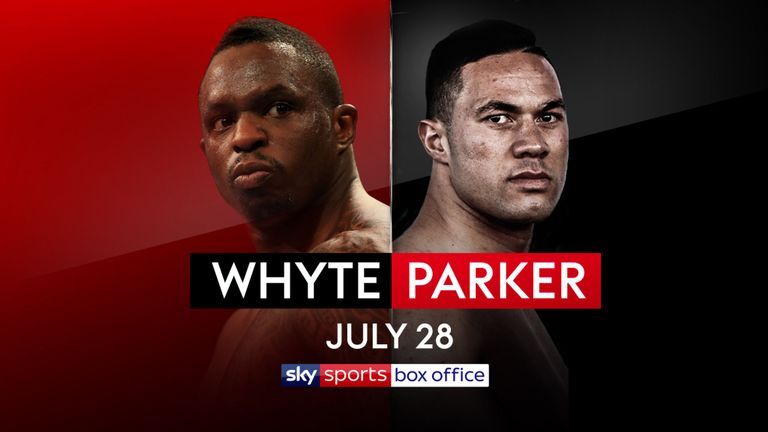 Headliners Dillian Whyte (23-1) and Joseph Parker (24-1) meet in a tasty heavyweight non-title clash that will see the winner move on to world title contention next.

Kiwi Parker is back in the UK after fighting in the Welsh capital in an historic unification battle with Anthony Joshua in March, with Whyte’s old foe handing a first career defeat for the New Zealand star on points.

Parker is in Britain for the third fight in a row having made his second defence of his WBO crown against Hughie Fury in Manchester in September 2017.

There’s even more heavyweight action with former World title challengers Dereck Chisora (28-8) and Carlos Takam (35-4-1) meeting in a must-win match up for the vacant WBA International heavyweight belt that will keep the world title hopes alive for the victor.

Joshua Buatsi (6-0) steps up in his first ten-rounder against former British light-heavyweight title challenger Ricky Summers when they clash for the WBC International light-heavyweight crown in just the 25-year-old’s seventh pro fight since joining the paid ranks last July.

Nick would like to thank his sponsors Westlab; Time4Nutrition; Physiques Training; Windisor Classics Ltd; The Shore Group and Tim Rickson 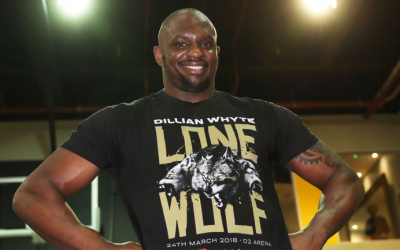