Chelmsford’s Tom McGinley (5-1) will now challenge Duane Winters (10-1) for his Southern Area super-bantamweight title on February 23 on a Dynamite Pro Boxing Promotions event at the Winter Gardens Pavilion in Weston-super-Mare after the original date for last September was scrapped.

McGinley, a 31-year-old British Challenge belt champion from Essex, will finally head to the West Country for his title shot after the date was rescheduled from September 22 due to the last event being cancelled at UWE Exhibition and Conference Centre in Filton, Bristol.

‘Micro Machine’ McGinley, trained by Russ Smith at the Champions Gym, will occupy the away corner in the titleholder’s back yard to try to succeed where stablemate and former victim Martin Hillman failed.

Sidcup’s Hillman lost by a single point against the ‘Gasman’ on July 6, scored at 97-96 by referee Martin Williams, despite his team believing he had done enough to win the vacant belt, last held by Commonwealth title contender Matthew Chanda.

Similarly to his forthcoming opponent, McGinley has also defeated Hillman on points, scored 77-75 in favour of the busier, more determined McGinley from the away corner in a thrilling eight-round featherweight contest in Maidstone.

The recently married Essex puncher outworked the more experienced opponent in his home county of Kent, stating afterwards, “Fitness and heart won me that title. I took the fight as the underdog in the away corner and my trainer had the tactics spot on.”

With McGinley busy organising his wedding after that captivating contest, Hillman managed to get ahead of his conqueror in the queue for the Southern Area title shot, but now the married man finally gets his chance next after a five-month delay.

“Sets it up for a good fight doesn’t it because we’ve both beat Hillman and he [Winters] didn’t want to fight me in the first place,” claimed McGinley. “I like the thought of it being in his home town and I like the hostility of the crowd from the away corner.”

Manager Joe Elfidh managed to secure the Southern Area shot for Hillman with McGinley lined up as the mandatory defence for the winner.

With just an unlicensed background to draw experience from, winning 13 from 14 bouts, the southpaw is oozing with confidence despite not initially believing he could make it to this level.

“I always said if I got to level where I could challenge for this title then I’ve achieved what I set out to in boxing, but now I’m even looking past this for more. If I can get this belt then look to the next chapter, I’m 31 now so haven’t got years and years left, so I aim to push myself to the limit. Back then, the Southern Area was almost a bit of a pipe dream but now I’ve got even higher ambitions.”

Despite now having loftier ambitions, his eyes are fully on the prize when he enters the lion’s den in Bristol against the champion on September 22.

“This fight is huge for me, I mean huge! I’ll be giving the next seven weeks preparation everything I have, and I’ll be bringing that belt back to Essex with me!”

McGinley will provide Winters with the first defence of the title he won last July. 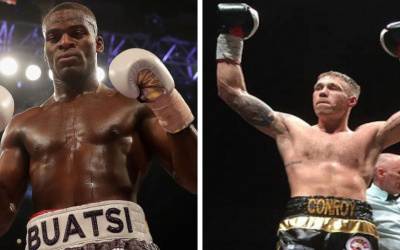