MTK Global have announced the signings of twin sensations Ben and Carl Fail as they turn professional.

The extremely talented siblings have each had very illustrious amateur careers, with some of Ben’s achievements including a National title and a Haringey Box Cup title, while Carl was a multiple-time National and GB champion and a two-time European silver medallist.

The accomplished pair have also been a part of Team GB for several years, but they will now take their highly-rated skills to the paid ranks alongside MTK Global.

Ben Fail said: “I’m very excited, MTK Global are a great team to be a part of. I had 78 fights as an amateur and won several titles, and now I want to be the best version of Ben Fail.

“I want to be respected and noticed as a hardworking and dedicated athlete. It was always a dream of mine and Carl’s to turn professional. We started boxing together and are each other’s biggest fans.

“I’ve stayed focused and dedicated to the sport and I’ve had more time to become a better version of myself. I’m happy, and now I’m looking forward to showing my skills.”

“My amateur career was a great experience as I got to travel the world doing what I love, but I’m excited for the next chapter of my career. I’ll be the best version of myself and with hard work I can reach my goal of becoming world champion.

“My and my brother started boxing together so it’s only right we start in the professional ranks at the same. We’ve had each other to keep motivated and focused, and now I can’t wait to get going.”

MTK Global Vice-President Jamie Conlan added: “We are thrilled to be welcoming Ben and Carl Fail to the team. They’ve already achieved plenty of success as amateurs, and now we’re certain they’ll be successful professionals too.

“We’ve seen talented twins in boxing before, under the MTK Global banner with Liam and Ryan Walsh, and over in America with the Charlo brothers, so it’s fantastic to see Ben and Carl continuing this tradition. I can’t wait to see them both in the ring.”

News on when Ben and Carl will be making their respective professional debuts will be announced in due course. 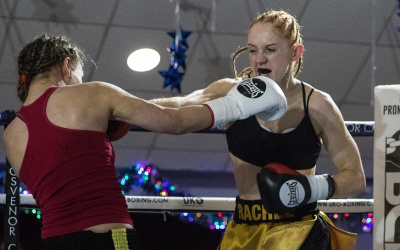