Unbeaten middleweight Nathan Wheatley (7-0), 29 from Warrington, will face Casey Blair (4-37) in his first fight back after a year out the ring.

The Easter weekend at the Preston Guild Hall will also be “The Wire’s” fist outing under new trainer Matthew Hatton.

“Feeling great, I’ll be listening to Matt [Hatton] and doing all the things we’ve been practising in the gym together; I’m better defensively and fitter,” he claimed.

The Cheshire combatant faces “The Kid”, 38 from Northern Ireland, almost exactly one year after his last fight on the undercard of Anthony Crolla’s rematch with Jorge Linares at the Manchester Arena.

Wheatley has been struggling with a shoulder injury since his second bout back in 2015 and was forced to withdraw from a Central Area middleweight championship contest last May at Manchester’s Bowlers Arena.

The missed title shot was the final impact in tending to the crocked shoulder after suffering for so long.

The 29-year-old damaged his shoulder during a sparring session at Oliver Harrison’s gym almost three years ago, which got progressively worse as he continued in his career.

After extensive physio treatment, Nathan is now firing on all cylinders under new coach Matthew Hatton after splitting with former trainer Kieran Farrell.

Despite being debilitated, the former Bridgefoot ABC student still managed to reach seven fights unbeaten and is looking forward to fighting at full capacity again.

“My shoulder problems happened in training for my second fight, so I’ve had six fights with it playing up, so I’m finally looking forward to getting back in the ring with two working arms!

“Just looking to put in four good rounds and use all the new things Matt has taught me,” he said.

Wheatley initially turned pro under the watchful eye of Harrison, but they parted ways after just two fights. Wheatley went on to have five fights under Kieran Farrell’s management before eventually teaming up with Matthew Hatton last year.

His first fight under the guidance of the former world title contender should serve as a stepping stone onto getting back on the title trail again.

“It would be great to get another title shot but I will be taking it one fight at a time and looking at taking the right fights at the right time." 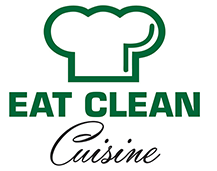 Anthony Joshua: I’m willing to take risks and take him out early