Watford does not have just the one heavyweight star in Anthony Joshua - meet unbeaten “Big” Dave Abraham (5-0).

The 19-stone 32-year-old undefeated heavyweight returns to the ring on October 13 against Phil Williams (1-3) at Tottenham Green Pools & Fitness on a Goodwin Boxing event.

Abrham turned pro in 2015 and rattled off five professional wins with one stoppage victory so far. Marriage and outside of the ring commitments meant that "Big" Dave had to take a two-year hiatus but now is back.

Under the tutelage of rising star trainer Tony Pill in Mill Hill, Abraham has spent many months in camp preparing for his return to the ring and fears no one, having already defeated former Southern Area hevyweight champion Larry 'War Machine' Olubamiwo in his second pro bout in june 2015. His biggest win to date came against talented southpaw Chris Healey (6-1) in December 2016 on points. Stockport's Healey went on to defeat Welsh dangerman Dorian Darch in his own backyard just three months later.

The Hertfordshire heavyweight commented, “I will be ready in 2019 to fight anyone that my trainer Tony and my manager Steve Goodwin put in front of me.”

“It's titles I want and I have re-signed contracts with Steve for another three years, as I believe he will guide me to this.”

Abraham is part of a fantastic night of boxing which features three tantalising title fights.

In a mouthwatering clash, Curtis “The Cat” Felix (6-0) takes on Justin "The Genie" Menzie (4-2-1) in an Eliminator for the Southern Area welterweight belt.

Tickets for this event can be purchased from David directly or from his ticket link at https://myfighttickets.com/shop-1?olsPage=products%2Fdavid-abraham-tickets 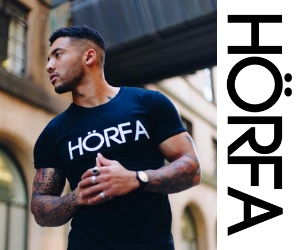