The main attraction on the four-hour show from 21:00-01:00 features a highly anticipated English Bantamweight Championship and Eliminator for the British and Commonwealth Championships between Marc ‘Livewire’ Leach and Ashley ‘Flash’ Lane plus an action-packed undercard from the Premier Suite, Bolton Whites Hotel from 9:00 p.m. (GMT).

Exciting talent Leach (14-1-1, 3 KO’s) from Salford was a standout amateur and has built a solid professional 16-fight career record over five and half years.   Last year he won his first pro title when he defeated veteran Brett Fidoe to claim the English Bantamweight crown and now makes the first defence of the title.  The slick, switch-hitting, 25-year-old has his sights on the next level and challenging for British and Commonwealth Championship honours next but must defeat the highly-experienced Lane in a real test.

Lane (14-9-2, 1 KO) from Bristol is a former Commonwealth Super-Bantamweight Champion and holds the edge in experience over his rival with 25 fights in his near nine-year career and crucially has fought 51 rounds over five championship contests.  The battle-hardened 29-year-old has mixed in top domestic company against the likes of future champions Brad Foster, Josh Wale and Ryan Farrag and held the future WBA World Champion Gavin McDonnell to a draw.

The Fight Network UK is available on SKY Channel 192. 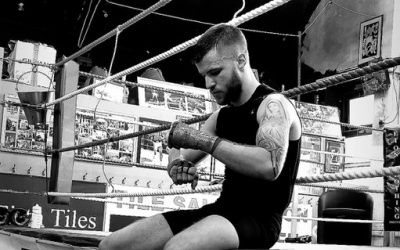