World-ranked Luke Keeler is one of many huge names that have been added to the massive #MTKFightNight at the Emirates Arena in Glasgow on November 16.

The event is headlined with an incredible showdown between Lee McGregor and Kash Farooq for the British and Commonwealth bantamweight titles, live on ESPN+ in the United States in association with Top Rank and on iFL TV worldwide.

Keeler (17-2-1, 5 KOs) competes on the bill fresh off of his extremely impressive win over Luis Arias on the historic Feile an Phobail card in August, which has seen him climb to #3 in the WBO rankings.

Keeler said: “I’m delighted to be back. I’ve stayed in the gym since my last fight and now I’m back into full time camp feeling better than ever.

“It will be nice experiencing fighting in front of Scottish fans and hopefully I’ll get a good reception and I’ll do my best to put on a show for all of the fans.

“I was pleased with my last win considering I was underdog and it was convincing win, but watching the fight back I know I can still improve so much more and I’m determined to do so in this camp.”

Also added to the huge Glasgow card is unbeaten Kieran Smith (15-0, 7 KOs) who returns following a successful defence of his WBC International Silver title back in June.

Irish amateur sensation Paddy Donovan will be on the card too, following his professional debut on the #MTKFightNight at the Ulster Hall in Belfast on October 11. 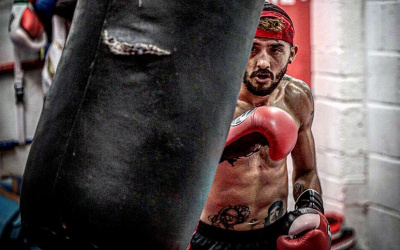