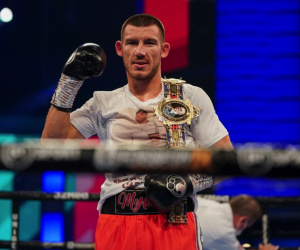 Liam Williams: "I would happily face Chris Eubank Jr because I know I’d beat him"

Liam Williams has hit back at middleweight rival Chris Eubank Jnr – with the Welshman insisting he would be supremely confident of earning a victory.

There has been a war of words in recent days between the two men, with Eubank saying that he sees Williams as a warm-up fight.

Williams has now hit back at those claims, and ‘The Machine’ has told his rival to put his money where his mouth is by stepping into the ring.

Williams told IFL TV: “He shouldn’t be too bothered about taking the fight if he thinks it will be a warm up for him. He should think it’s easy money and he’ll be in and out job done.

“I’d love a clash with Eubank. I’d be supremely confident of the win. We’ll know more soon about what’s happening next with the WBO, but regardless of that I would happily face Eubank because I know I’d beat him.

“It means I’d get my chance at the WBO belt afterwards anyway. A fight against him would interest so many people, and I know I can knock anybody out with the right shot.

“Eubank is Eubank, he will never change. I’m ready for anybody. I’ll keep training and stay in physical shape, and when the chance comes I will take it.”

Steven Ward vs Hafthor Bjornsson - Everything you need to know