'The Croc' challenges for his first title against 'The Medway Mauler'

Lewis Crocker has a very simple message ahead of his #MTKFightNight main event against Louis Greene next week: Expect fireworks.

Unbeaten Crocker (11-0, 6 KOs) faces former Southern Area champion Greene (12-1, 7 KOs) for the vacant WBO European welterweight title at Production Park Studios in Wakefield on August 26 - live in the US on ESPN+ in association with Top Rank, and worldwide on IFL TV.

The fight serves as the toughest test of Crocker's career so far, but the Belfast star is relishing the challenge and feels it's going to result in a fight to remember.

Crocker said: "I'm excited to be back, especially because it's headlining my first show too. I've been busting for a fight for a while, so to be competing for a WBO European title is a big step up.

"With everything that's going on in the world it's truly great to be part of a show, so fair play to MTK Global for getting these class events together throughout August and September.

"Louis Greene is a solid opponent and has fought at a higher level than me and is ranked higher than me, so I'm expecting my toughest fight to date. I've always wanted to fight for a title, and you can definitely guarantee that there will be fireworks on August 26th."

Crocker vs. Greene is part of a huge bill on August 26, which also features British and Commonwealth bantamweight king Lee McGregor taking on Ryan Walker, and undefeated Gary Cully going up against Craig Woodruff.

It's part of a huge week of #MTKFightNight events, as on September 2, Akeem Ennis Brown and Philip Bowes clash for the British and Commonwealth super-lightweight titles, and Dan Azeez defends his English light-heavyweight crown against Andre Sterling. 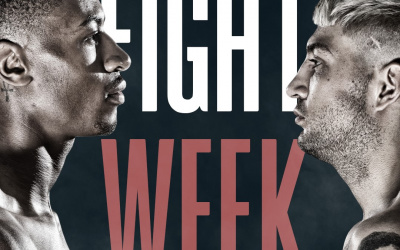 Shakan Pitters fires warning at Chad Sugden: "Whether the ref steps in, his dad slings in the towel or he’s flat on his back, he’ll not see the finish"