Following a ferocious seven-round battle in which both fighters rose from the canvas, Joe Frazier knocked out Lennox Lewis in the second quarter-final of the ‘eWBSS Heavyweight Legends Tournament’ to set up Ali-Frazier IV in the semi-finals of the eWBSS.

The full fight can be viewed here.

Mythical Matchups: Lennox Lewis vs Tyson Fury - Who would win?

As all boxing fans know Ali and Frazier met in an epic real-life trilogy ending 2-1 in favour of ‘The Greatest’, but the eSports version of ‘Smokin’ Joe’ has a unique chance to make it even as a result of a stunning eWBSS performance against tournament 3 seed Lennox Lewis.

Despite the fact the eWBSS has only been underway for two days, Lewis-Frazier proved to be a classic for the history books as the heavyweight legends battled for a chance to continue their quest for the eAliTrophy.

Simulated on EA Sports ‘Fight Night Champion’ and with tens of thousands of people watching online from around the world, both Lewis and Frazier went on the front foot straight from the opening bell.

Frazier knocked Lewis down heavily in the first round and was the more aggressive fighter throwing plenty of vintage left hooks in the opening exchanges. Lewis managed to weather the storm and in the following three rounds he started to show his excellent set of skills with beautiful combos that changed the course of the fight - culminating in the fourth when he sent Frazier to the canvas with a brutal body shot.

In the 5th round Frazier, known for his fighting heart, established his hook once again and regained momentum of a highly entertaining give and take knock-down bonanza. Lewis went down for a second time in the 6th, then got dropped twice by uppercuts in the 7th. Lewis rose valiantly from the first but the second carried too much power for ‘The Lion’ to handle.

The three judges all had it 56-55 on the scorecards in favour of Frazier when he put an end to Lewis’ ambitions in the inaugural ‘eWBSS Heavyweight Legends Tournament’.

The tournament, simulated on EA Sports ‘Fight Night Champion’, is created to provide some much-needed relief and entertainment for fight fans around the world during these testing times. 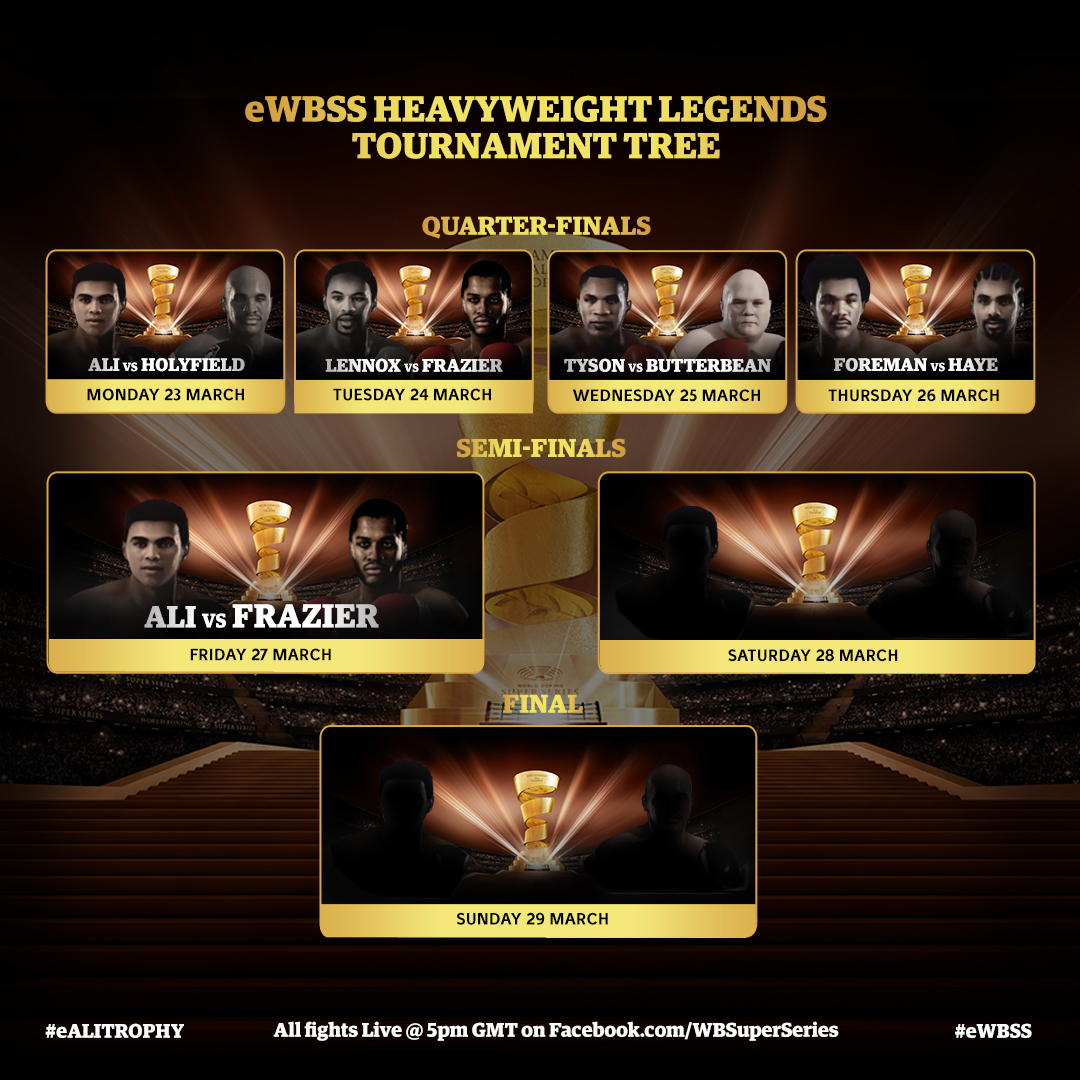