Tommy Langford returns for the first time after sole defeat

British middleweight champion Tommy Langford (18-1) will have his 20th pro bout against Miguel Aguilar (11-36-1) on Saturday 21st October at the First Direct Arena in Leeds on the stacked “Edge of Glory” card featuring headliner Josh Warrington (25-0) in a final eliminator for the IBF world featherweight title against Dennis Ceylan (18-0-2).

The Bideford-born boxer said, “I’m delighted to be fighting on the undercard of Josh Warrington’s IBF eliminator. It’s always a wicked atmosphere in Leeds and hopefully my fans can add to that on the night.” 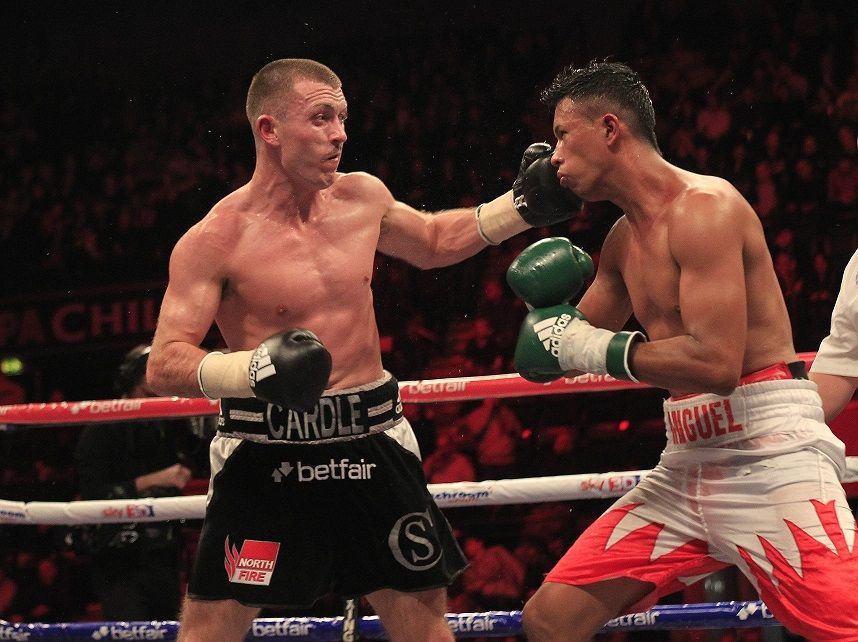 The Central American, now residing in Barcelona, began his career by going unbeaten in his first 10 fights, all in his country’s capital city Managua. That winning streak landed him a shot at the WBC Youth Inter-Continental title against Stephane Jamoye in Belgium in 2012, resulting in his first career defeat.

“Maikol” has continued to fight on the road since then in 11 different countries against British and European champions, Prizefighter winners and world title contenders.

This will be his 10th visit to the UK, this time to face the British middleweight champion over six-rounds.

Langford, 28, commented on his forthcoming foe, “It’s like with all my fights, I couldn’t care less who’s in front of me, I’ll fight whoever. I don’t care who it is, I just want to fight.”

It will be the first fight back for the “Baggies Bomber” since his sole career defeat to Avtandil Khurtsidze (33-2-2) last April in Leicester, which was a 12-round championship contest for the WBO interim belt.

“I’m just looking to get back in business, but I’ve got to be switched on and in the zone regardless of the level of competition.”

The former WBO Inter-Continental titlist, now ranked #11 with the WBO is next due to defend his Lonsdale belt against the mandated Jack Arnfield (24-2) before the end of January 2018, as ordered by the Board.

Arnfield’s manager Steve Wood won the purse bids for the championship contest so it will likely be staged in either Blackpool or Manchester in December.