The Russian had won all his fights by knockout until Ballingall took him the eight-round distance.

Myron Mills dismisses Lucas Ballingall as a threat: "You could say it’s a 50-50 fight on paper, but I don’t think he’s on my level"

In other action on the night, London's Kingsley Egbunike (5-1-1, 1KO) forced favourite Sergei Shigashev (9-0-1, 4KOs) to a draw in their eight-round super-welterweight contest. 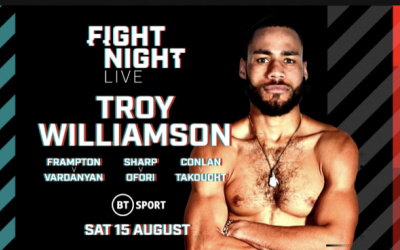 Troy Williamson watched Sam Eggington vs Ted Cheeseman fight and said: “I am a level above both”