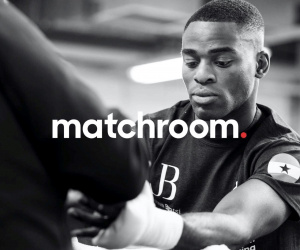 'Just Business' vs 'The Lion'

All the details you could possibly need to watch the entire Fight Camp Week Three event below:

You can watch online via the DAZN app

The event is free to DAZN subscribers, which costs it's members just £1.99 per month.

British fight fans will remember the 27-year-old Central European, known as 'Kosiarz', from his valiant effort against Josh Kelly in 2019, where he took the Olympian the distance despite suffering three knockdowns.

Portsmouth's McKinson is called 'The Problem' for good reason - he is tricky southpaw who doesn't give much away to opponents. He hasn't scored a stoppage for almost four years and his last six wins have all gone the 10-round distance, but he did knock down Chris Kongo in the opening round of his last fight in March this year.

McKinson is currently ranked fourth with the WBO, with superstars Mikey Garcia; Shawn Porter; Vergil Ortiz ahead of him, as well as reigning champion Terence Crawford - all potential fights in the future!

August 14 will see the conclusion of Matchroom's successful Fight Camp series, which kicked off their game-changing global five-year deal with DAZN in the UK.

Ranked in the top 10 with all five governing bodies, Rio 2016 Olympic bronze medallist Joshua Buatsi makes a seventh defence of his WBA International title to latest chalenger Ricards Bolotniks, who comes in fresh from his Golden Contract tournament triumph.

'The Latvian Lion' upset Brits Steven Ward (12-0 at the time) and Tyson Fury's cousin Hosea Burton (25-1 at the time) to reach the Golden Contract final in December last year. In the final, he gave German Serge Michel (11-1 at the time) a count in the fifth round and a knockdown in the 10th, which prompted his corner to throw in the towel. His fantastic tournament run saw him defeat three top opponents with a combined record of 48-2.

He is the reigning WBO European light-heavyweight champion riding on a seven-fight winning streak presently. Three of his defeats and one draw came within his first two years and eight contests of his career, but has only lost twice in his last 16 contests.

Croydon's Buatsi is a big star in Britain after his success as an amateur and his star quality in and out of the ring. The university graduate stopped four of his first six opponents within his first year in the pro ranks, then won WBA International title in just his seventh contest which sparked a run of three first-round KO wins. He then won the British title to go 10-0 in March 2019.

He has stopped his last nine opponents and could take that double figures if he can conquer Ricards inside the distance, who has been stopped three time before. However, the Latvian is in-form right now and full of confidence with his recent run of fine victories, to set up a fantastic fight with unbeaten Buatsi.

Matchroom Boxing Chairman Eddie Hearn said: "I'm delighted to begin our game-changing partnership with the leading global sports streaming platform DAZN with another sizzling summer of Fight Camp action from our stunning HQ in Brentwood, Essex. Last year's line up had it all – and this year's series is set to be even bigger and better with addition of fans. Rising Light-Heavyweight star Joshua Buatsi takes a huge step up when he takes on the MTK Global Golden Contract winner Richard Bolotniks at the top of Week 3. Watch it around the world live and exclusively on DAZN!"

Tim Rickson, BBN Editor: “It's interesting that these two are ranked 11 and 12 with BoxRec right not.

“Bolotniks is enjoying a good run of results right now, his career has really taken off in the last couple of years. His performances in the Golden Contract tournament were brilliant and he thoroughly deserved to win.

“Against Buatsi, I can't see him winning. I know that Buatsi's last fight was a bit of a 'No Contest' as Dos Santos was well overmatched and shouldn't have even been in there with him. Although some spectators saw weaknesses and worrying signs in the fight with Marko Calic, some scoring the fight in favour of Calic before the stoppage, I'm not so sceptical because it was a worthy opponent and a good win, in my eyes.

“Buatsi has never been taken past the seventh round and I think he'll continue that stat with a stoppage in the first half of the contest."

Check back here on Friday 13

Joshua Buatsi graduated with a 2:1 university degree in Sports Science.