Is Dillian Whyte being robbed in the prime of his career?

Dillian Whyte will eventually get his shot at the WBC belt after being reinstated at the mandatory challenger in April. However, has this delay robbed him of the chance of actually winning it? At 32-years-old, Whyte is in the prime of his career and needs to be fighting the best in the world. The longer his title shots get put back, the more chance there is that we won’t ever see what the English boxer could produce whilst at the top of his game.

Of course, it's easy to laugh off Whyte's chances and subsequent claim to the WBC throne but this is not the same boxer that got beaten by a powerful Anthony Johsua in 2015. On that night five years ago at the 02 Arena, Whyte was outboxed by Joshua and it looked messy. The 32-year-old struggled with his balance and seemed to lose his legs in the first round, and it was only a matter of time before AJ administered the last rites and it duly arrived during the seventh.

Tyrone McCullagh has dramatically changed his style of boxing: "It's about not moving as much and planting my feet a bit more"

Times have changed though, and Whyte has won all of his 11 bouts on the bounce since that night in Greenwich. The manner in which he has won them also suggests that he would more than hold his own against one of the current titans of the sport. We know that Whyte will get that chance in a fight with either Deontay Wilder or Tyson Fury, with the WBC have demanding that the fight take place no later than February 2021.

The wait goes on for Whyte, but he has recently urged the WBC to make Fury fight him after it emerged that Wilder is currently recovering from bicep surgery. Now, that isn’t going to happen, seeing as Whyte is set to fight Alexander Povetkin in July, but that should be fairly straightforward given the latest boxing betting have him at ¼ to beat the Russian.

Indeed, Whyte should come out of that as the mandatory challenger still, but as far as claiming to want to fight Fury, he knows he’s too far down the line in terms of his upcoming bout with Povetkin to now accept a fight with Fury.

He is right to raise his voice however, and make sure the pressure stays on the WBC. They simply need to honour their promise to the 32-year-old once Wilder and Fury complete their trilogy fight. The best way to do that is by publicly calling them out.

They have a habit of moving the goalposts and history shows it.

Sure, even if the WBC are sounding a lot more serious about Whyte’s title chances, in theory, he should have been awarded the fight 18 months ago. In many ways, Deontay Wilder is also to blame as he was running from White which has caused the delay. Now, that may sound strange given that Wilder agreed to fight Tyson Fury, arguably a much better fighter, but you have to remember that Wilder took the fight with Fury in 2018 because he saw Fury as overweight and an easy target. To be fair, no one was expecting The Gypsy King to do what he did.

It was only when Fury went on to outbox him and earned a draw, that Wilder was all of a sudden way in over his head, and had to embark on two more fights with Fury. We all know now that it only took Fury seven more rounds to beat Wilder, and that meant a third fight was activated in order for the American to win his belts back.

Dillian Whyte has 0⃣ sympathy for Deontay Wilder after his loss to Tyson Fury...pic.twitter.com/h3IKJoSJh8

You can see why Dillian Whyte may be feeling slightly frustrated. Wilder played fast and loose with Tyson Fury - but he wasn't the only way to pay the price; Whyte did too, and he was left out in the cold for effectively two years. We may never know what could have been but, if Whyte is disciplined enough, he can still capitalize on his chance next year. 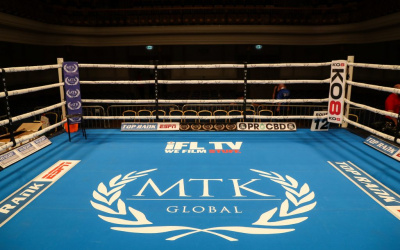