How much discipline does it take to follow a tactical game plan during a fight?

The importance of following a game plan

Boxers spend months and months in training camps before their names are called to step into the ring in front of the watching world. These fight camps serve to make sure that a boxer is in peak physical condition for an upcoming bout, but also to prepare them for the mental duel that awaits them in the ring. Indeed, mastering a tactical game plan over this time is crucial if a fighter is to triumph at the end of the rounds.

But, as we all know and have been warned since the beginning of time, the best-laid plans can still go wrong. Indeed, the old boxing adage of every fighter having a plan until they get punched in the mouth rings truer than ever. So on that note, how easy is it for a boxer to execute months of tactical planning? It all depends on the calibre of the opponent but against the best, it takes a superhuman effort. If we were to look back at the all-British affair between Carl Frampton and Josh Warrington, we would find one of the costliest examples of straying from a game plan.

Two-weight world champion Frampton had been preparing to outbox Warrington but instead got caught up in a frenzied all-out brawl after the very first bell to the shock of his corner, who could only sit by and watch him lose. The Northern Irishman's team will be warning him not to let his discipline go during his upcoming blockbuster fight with WBO super-feather champ Jamel Herring, especially as the Frampton odds to win make him the clear favourite. Another half an hour of ill-discipline could see the end of Frampton’s career, so the consequences of going rogue in the ring could not be greater.

Softer than the head ????????pic.twitter.com/YSduba1Qmj

Of course, Frampton’s loss to Warrington at the Manchester Arena in late December 2018 served as a timely reminder to all boxers of the perils of not sticking to any prior planning. Warrington and his father/trainer Sean O’Hagan devised the plan to defeat the Belfast fighter by simply dragging him into their kind of fight. But it was Tyson Fury’s performance on the 1st of December 2018, only a couple of weeks before, that demonstrated the benefits of sticking to a plan religiously.

Fury was far from his best when he returned to the ring in Los Angeles after a lengthy layoff, and if he stood any chance of winning, he needed to execute what he and his team, consisting of trainer Ben Davison, Ricky Hatton and Freddie Roach, had rehearsed during months of training. The Englishman did just that and in most people's eyes, did enough to secure a famous comeback win, but the judges saw it differently and deemed it a draw,allowing the home fighter to keep his green and gold belt.

Ops I did it again @ringmagazine belt 4 times baby. Holy grail of ???? blessed by god. pic.twitter.com/PeTFsBpWqj

Still, the point stands, Tyson Fury’s preparation and discipline made up for his rustiness and earned him what every level-headed fight fan would agree was a deserved win.

Perhaps there would have been a temptation for Fury to trade blows on the night at the Staples Centre, but the 32-year-old did not give in and fought his fight and kept listening to the advice of his corner during rounds.

A boxer’s natural reaction under sustained pressure and consistent punches would be to fight back, but often this can signal the end. Instead, it takes huge discipline to defend and then regroup, but doing so will afford any boxer the time to reset and begin again on the intended path to victory. 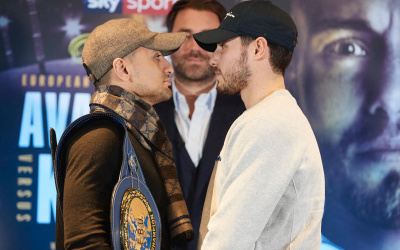 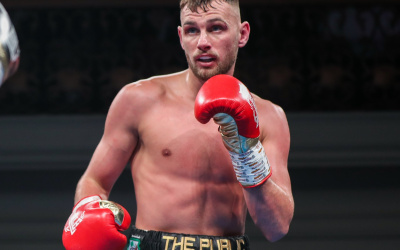 Sean McComb reveals the benefits of fighting behind closed doors