Hosea Burton: "Lyndon Arthur is a sitting duck and ready to be knocked out at any time"

Hosea Burton has labelled Lyndon Arthur as a 'sitting duck' - and wants to face him next provided he can defeated Liam Conroy on this Friday's huge #MTKFightNight.

The massive card takes place at the University of Bolton Stadium this week, and will be broadcast live on ESPN+ in association with Top Rank, and worldwide on IFL TV.

He believes his power will be too much for Conroy, and is then desperate to take on fellow domestic rival Arthur next, stating that he's ready to be knocked out at any time.

Burton said: "I'm pleased to be back in the ring after nine months out and it's good to blow the cobwebs off again. I've never thought much about fighting Liam even when we were in the Golden Contract. I like him so would prefer not to face him, but a fight is a fight and it is what it is.

"I don't think there is any added motivation after my last fight. I always train hard and prepare to the best of my ability. I believe it will be that ability along with my punch power will be too much for Conroy on the night. I just think I'm a better boxer when it comes to it.

"Craig Richards holds the British title and I would love to face him next, but I know as soon as I win then he will vacate it. That's my prediction for what will happen. Me and Conroy should already be fighting for the vacant title in my opinion.

"The domestic scene is on a high and I'd love to face any of the big names, especially Lyndon Arthur. He's a sitting duck and ready to be knocked out at any time. I would fight him for free as long as I got the chance.

"We've got Paul Butler on the same card on Friday too and it's been good training alongside him. He's a hell of a trainer and a hell of a boxer, and hopefully we can both get the job done."

Nothing beats hanging out with your buddies over a ball game or that hotly anticipated boxing match. Of course, simply hanging out to watch sports can get boring over time. If you feel like game nights are becoming a bit stale, then you might want to shake things up with these cool tips. Now that the pandemic is easing out, it might be time to go out in the open and begin hanging outside again. If your game nights have been situated mostly at home, then it might be time to visit the best sports bar Perth has to offer. It’s time to enjoy the game with a like-minded crowd.

What’s great about watching a game at a sports bar with your friends is that you don’t have to do anything else. The bar will play the match or game for you. As for the grub, all you need to do is order food and drinks, and you’re all set to go for an amazing night.

Betting and gambling might be foul for others, but if it’s a bet between friends, it’s a good way to raise the bar while watching a game. It can also be a good way to earn some extra cash if you’re lucky enough.

It doesn’t have to be money, though. You can wager things dares. For instance, if the bet of your buddy loses the match, he has to go grocery shopping in a dress. The possibilities are endless, and it can make a simple game night more exciting and memorable.

The common food fare for sports nights is wings and beer. It can get boring for you and your friends if you keep serving these. What better way to enjoy a good boxing match than with some knockout meals? Go above and beyond the common menu when it comes to sports nights.

If you’re watching a game, you’d want to focus on the game itself and not on the food. As such, make sure to get food that’s easy to eat. These include finger foods like mozzarella sticks, fries, and ribs. It’s a big mistake to serve a meal that needs a fork and spoon to eat during sports night.

Sports and beer are a great match. They become even better if you make drinking a game. There are many ways you can incorporate drinking games in a sports game, and it depends on what you guys are watching.

For instance, if it’s boxing, you guys can take a drink whenever someone lands an uppercut or some other specific punch. It’s a good way to keep the match exciting. Of course, it's a good excuse to drink more as well. 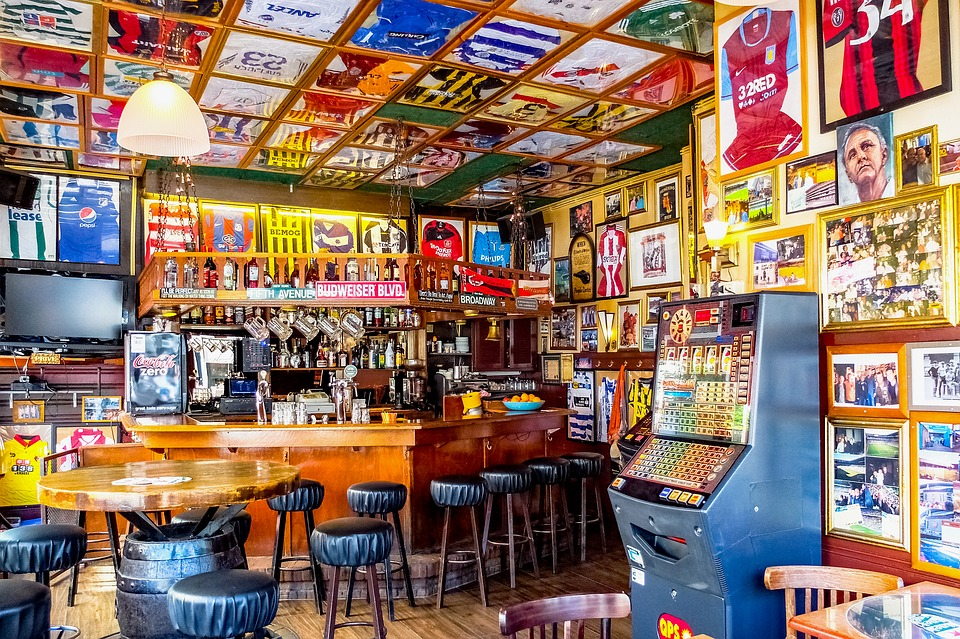 The game night should be exciting and fun, so make sure you consider these tips once they begin to become stale. Remember, there are a ton of ways you can make the game night more exciting, and all you really need to be is creative.