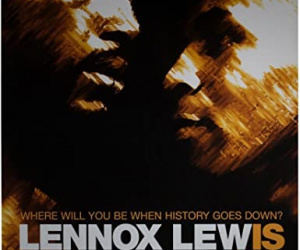 Highest ever bets placed on boxing matches in history

The Highest Ever Bets Placed on Boxing Matches in History

Boxing is among the most profitable sports for players and bettors. Bettors will put in money for their favourite fighters while the players put their best foot forward to win the belt. In this post, we can see that there are a lot of bookmakers being active in the boxing betting market offering quite a few very promising odds worth going for. After all, like any other bets, the sport has several betting markets that a gambler can take advantage of. While some bets are more successful than others, some bets have made bettors millionaires and changed their lives for the better. In this section, we will discuss the highest ever bets placed on boxing matches in history.

Conor McGregor is among the best MMA fighters of his time. While he only participated in one boxing match, he made a huge difference in his fight against another seasoned fighter, Floyd Mayweather. By the time of their battle, Floyd had already had a few titles under his belt, which brought uproar for the fans. While most people bet on Mayweather, it was impossible to ignore the power and energy in Conor McGregor. Conor hadn’t played in any major matches before but had his fair share of fans. According to research, this became the second-highest pay per view buyout in the history of boxing. Several bettors won millions in the fight night. An unnamed bettor went home with $600,000, and this made it into the books.

Curtis Woodhouse did not start as a boxer. He began his sports career as a footballer and first played for Sheffield United in 1997. After retiring, he thought of another path and went to boxing. In one of the interviews, he said that he had always wanted to box since his youth. He trained under Gary De Roux, a featherweight titleholder, and perfected his art. Curtis first took to the ring in 2006 and was set to box Dean Marcantonio. He displayed the biggest form of confidence by betting on himself. He bet £5,000 at the odds of 50 to 1. He won the game and went home a happy man with over £250,000. It went down in records.

Mayweather is a seasoned fighter and has participated in many international boxing matches. This time, he was set to fight against Manny Pacquiao, another heavyweight in boxing. The fight was one of the most streamed and watched matches worldwide and earned the title ‘The Fight of the Century’. Manny and Mayweather are great fighters, and it was almost impossible to predict who would win, based on their strengths and history of matches. Boxing betting enthusiasts were happy about this as it turned out to be a great time to sow. Bookmakers had exciting odds and betting markets for the fight, and this attracted even more bettors. According to news, there was an unnamed bettor from Ireland who made a bet of more than £150,000 on Mayweather. The game was a tough and messy one, and most people judged Mayweather for not putting his best foot forward. Mayweather won by decision of the judges, and bettors smiled to the bank.

Mike Tyson is a legend in boxing. The American former professional boxer had a shot at 58 fights, where he won 50 of them, lost 6, and won 44 by KO (knock out). He has since retired and doesn’t play professionally any more. Lennox Lewis is also a former professional boxer and has won 44 fights. The Canadian fighter had a chance to fight Mike Tyson in the 2003 fight. While most people had predicted that Mike Tyson would win, the outcome was shocking as Lewis beat Mike Tyson to KO twice. In the eighth round, Lewis knocked down Mike Tyson, resulting in a win. The game had the money line in favour of Tyson. Reportedly, a punter placed a £24,000 on odds of 13 to 8, resulting in a huge loss for the particular bettor. While it is a loss, it still makes it to the books as one of the highest ever bets placed on boxing matches.

Carl Froch and Mikkel Kessler fought for the WBC super-middleweight title. The fight was a beautiful one, with punches flying from each contender. An unidentified bettor placed £50,000 on Carl Froch to win against Mikkel Kessler. This was a prediction by many other bettors. Tables turned as Kessler won via a unanimous decision by the judges. Most people thought of this as unfair. Even Carl Froch commented and said that he could have won if the match had taken place in England instead of Kessler’s native place, Denmark.

Boxing is one of the most exciting sports to bet on. Besides the hype, money, and the boxing ring, many boxing fans enjoy the adrenal rush in the fight’s punches. Some punters are so confident to place huge bets on the game, and they win. It is an exciting sport to watch. We have only covered a few of the most prominent bets, but we are confident that the sport has brought joy to most people’s lives.