Hassan Azim vs MJ Hall is off

Following the COVID-19 testing, there was a positive test for Hassan Azim's trainer, meaning Wednesday's fight between Hassan Azim and MJ Hall has unfortunately had to be called off.

The event on Wednesday, November 11, takes place at Production Park Studios in Wakefield, live in the US on ESPN+ in association with Top Rank and worldwide on IFL TV.

Highly-rated amateur star Hassan Azim, 20 from Slough, was all set to show the world what he is capable of against experienced MJ Hall.

As an amateur, Pakistan-born southpaw Azim represented Team GB, winning a bronze medal at the 2018 Youth Olympic Games in Buenos Aires, along with taking silver at the European Youth Championships, and claiming six national titles.

He signed with MTK Global in April this year. News of his rescheduled pro debut will be announced in due course. 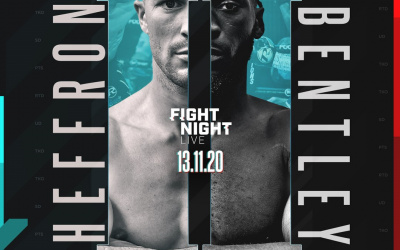