Steve Goodwin is delighted to announce the signing of five new supremely talented boxers who have joined the Goodwin team.

Lightweight Bobby Woods fought twice at Interntational level in Germany and won 2 Haringey Box Cups. The winner of 28 from 38 amateurs Bobby will also make his debut on 2nd December.

Heavyweight Jack Mulowayi is 2 from 2 will shake up the division and in his last contest dominated against a top contender who had lost only 2 of 16 contests before facing Jack.  Jack is a former professional basketball player in the US, Italy and France and has been sparring the likes of Dereck Chisora in the run up to his Goodwin bow on 25th November.

Derby’s Undefeated Welterweight Sajid Abid is 3-0 and this close friend of English crusierweight champion Arfan Iqbal has decided to put ink to paper to join his friend under the Goodwin banner. Sajid is expected to make his Goodwin bow December time.

Finally Luton is becoming a hotbed of boxing once again and the latest talent Super-Welterweight Hassan Mahmood today signed management terms with Goodwin. 19 year old Mahmood was known as a beast in the amateur’s and under Goodwin’s guidance will without doubt become another Lutonian winning titles. 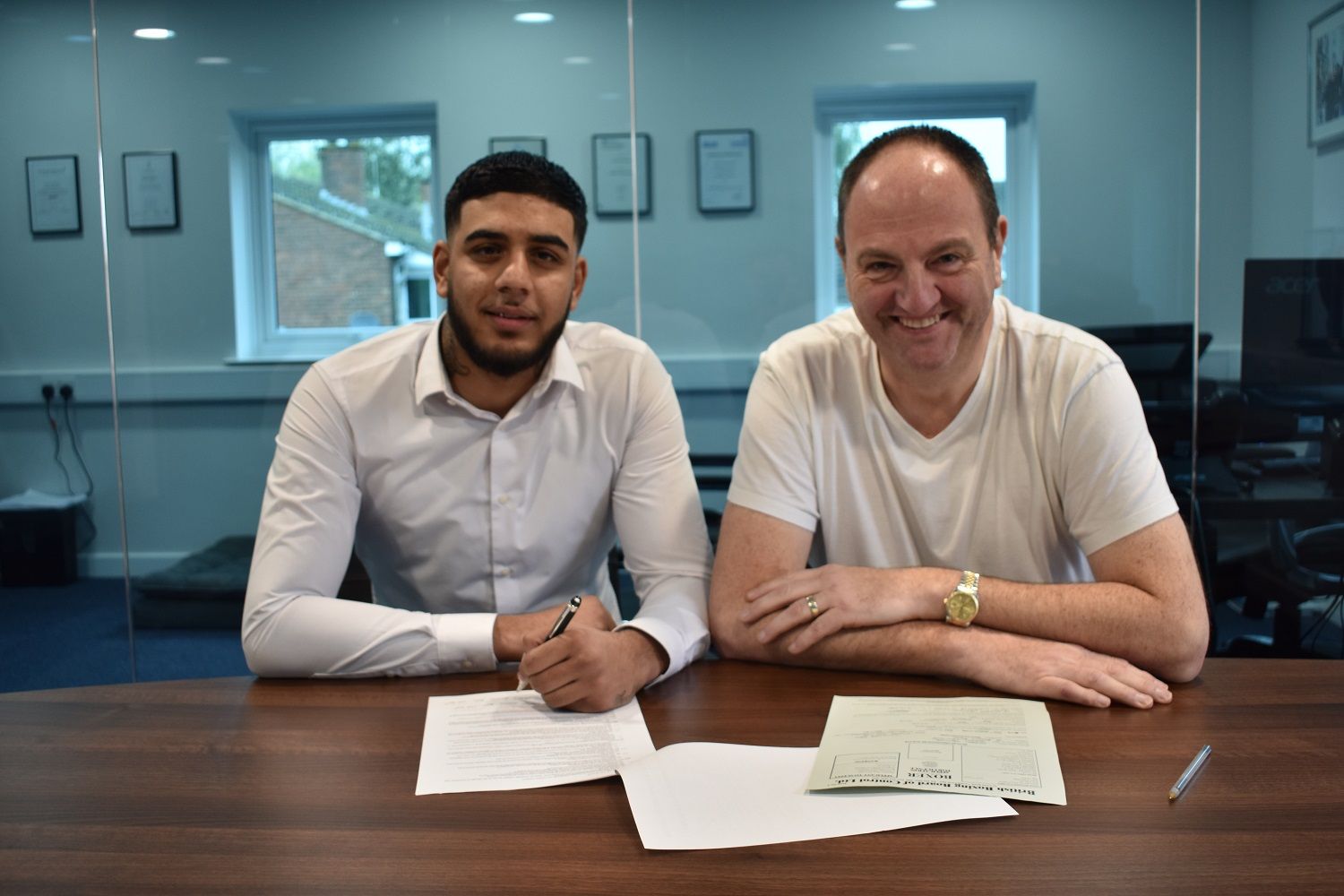 Goodwin as always was delighted with the signings. “Five top prospects signing with us in the last week is a great testament to the work we are doing with our fighters. All five will be champions under the Goodwin banner and we cannot wait to start working with them.”