Get to Know Richard Thomas

Nickname? “I was going to have one but never did. I have been called before Richard the Lionheart when growing up because I’m a hearty fighter.”

Favourite all-time boxer? “I always liked Tommy Morrison, everyone loved Tyson at the time but I was fixated on him because of his hooks.” 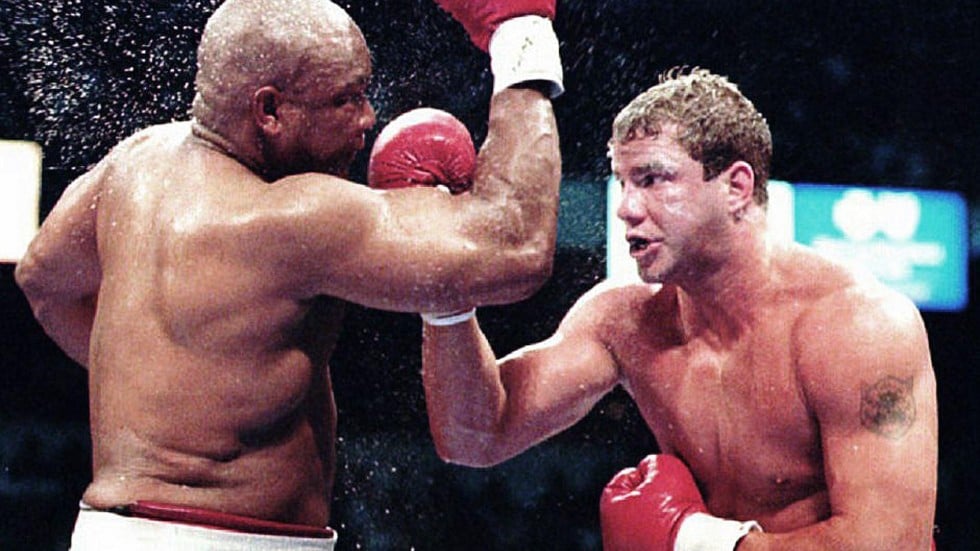 Favourite current boxer? “At the minute, I like Lomachenko and GGG.”

Boxing clubs? “As an amateur, I boxed at Doncaster Plantworks; as a pro, I’m at Fighting Fit Gym.”

Amateur honours? “I had three amateur bouts – won one and lost two. I did a lot of unlicensed, probably had 18 fights – won 10, lost eight; it was a good few years ago when I did it.” 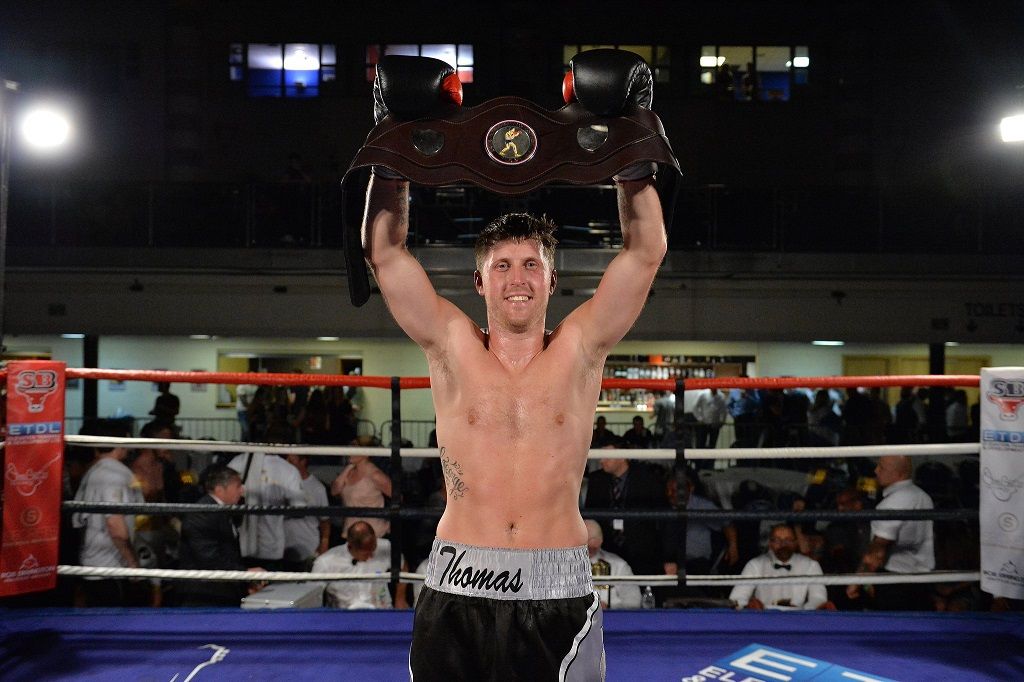 Toughest ever opponent? “Daniel Slaney was tough in the respect that he was fit and skilled, but my first fight that I lost that was also a tough one. It’s a hard one to call actually because they’re all tough fights in different ways, I’ve fought every fighter there is – the rangy ones; fit ones; short, stocky ones!” 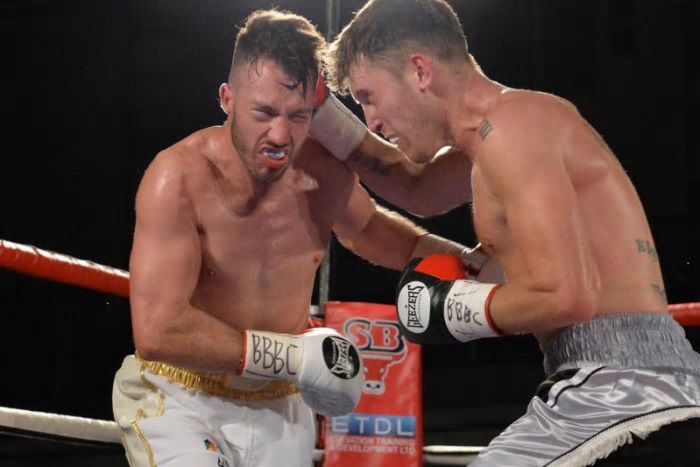 Goals in boxing? “To be honest, my personal goal, I’ve just achieved it. I dreamed of winning the local title but when I turned pro at 28, I knew I wasn’t a world-beater, but I guess my goal now, after I’ve shot up the rankings, is to take it as far as I can go.”

Retirement age? “I definitely would say end of next year; I’m starting to feel my age!”

Team? “Michael White is my trainer, Darren Snow is my gym mate, there’s also Kyle Fox, Chris Reyes, got two other pro boxers in the gym with us – one is my brother Nathan Thomas, who has just retired, and Andy White, and a young lad called Connor Tongue as well; and Joe Elfidh is my manager.” 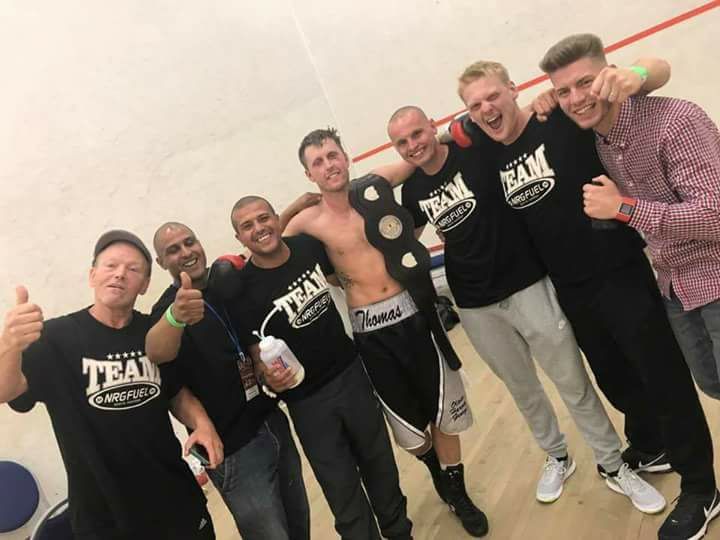 Boxing style? “A bit aggressive, I like to come forward, a fighter who likes a tear-up and likes getting involved, really. Rock ‘em and sock ‘em!”

Pre-fight rituals? “No, not really, I like to chill out at home ‘til we got to go, but no I don’t, I just stay calm and cool.”

Favourite brand of gloves? “I’ve got Grants gloves for training in. I fought in Geezers at the weekend and I bought them after the fight because they were so nice.”

Best venue? “I’d say Doncaster Dome, it was always my dream to fight there. I’d also say North Notts Arena because it’s my fighting home. My brother, Nathan, fought at York Hall, which is the home of boxing, so I’d love to fight there because that’s the pinnacle, for me.”

Other sports? “Football, that’s it really, I do like a majority of sports apart from cricket and golf – they’re not my cup of tea.”

Favourite TV programme? “I don’t watch TV much but into Game of Thrones.”

What actor would play you in a film of your life? “My brother says I look like Michael Carrick from Man United, so would have to be him!”

Next fight? “No idea yet, I’ve got to see what’s out there.” 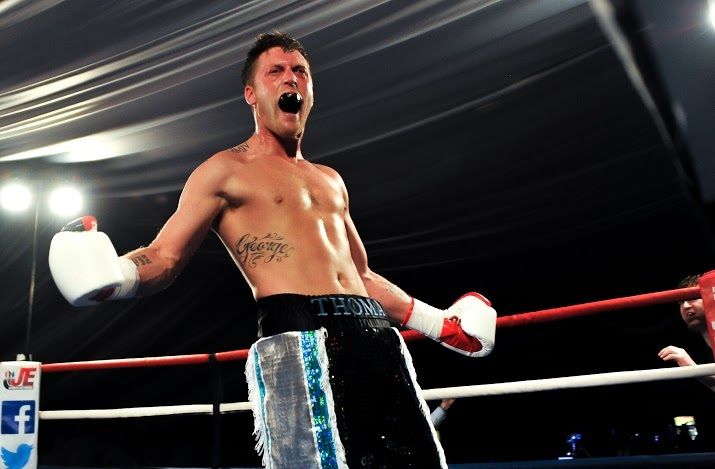 What fight do you want to see happen this year? “Looking forward to seeing Mayweather and McGregor. A lot of my sparring partners are MMA fighters and have fought in UFC. It’s a farce but I’ll be interested to watch it still.”

If you could fight anyone, past or present, who would it be? “Carl Froch.”

Tell us something that not many people know about you? “I was close to becoming a pro footballer. I was in the Leeds United academy, before that I was at Lincoln City and then got released from Scunthorpe United when I was 17. I was a goalkeeper but I had twins shortly after so had to go out and get a job.”