Get to Know... Joel McIntyre

Get to know... Portsmouth puncher Joel McIntyre as BBN throw a series of quickfire questions at the light-heavyweight

Amateur honours? “I won the Haringey Box Cup 2009 in the under 86kg category and got the only KO of the entire tournament.”

Biggest achievement in boxing? “Winning the English light-heavyweight title in a rematch with an old rival, Miles Shinkwin.”

Toughest ever opponent? “Darren McKenna – he’s tall, long arms, awkward and just keeps coming. I was weight-drained in our first fight but taking nothing away from him because he was hard in the second fight as well, even though I dropped him, he just kept coming!”

Goals in boxing? “It’s one step at a time, I want to win Ultimate Boxxer, then get back my English title. Next year, I want the British, then go from there but sky’s the limit for me.” 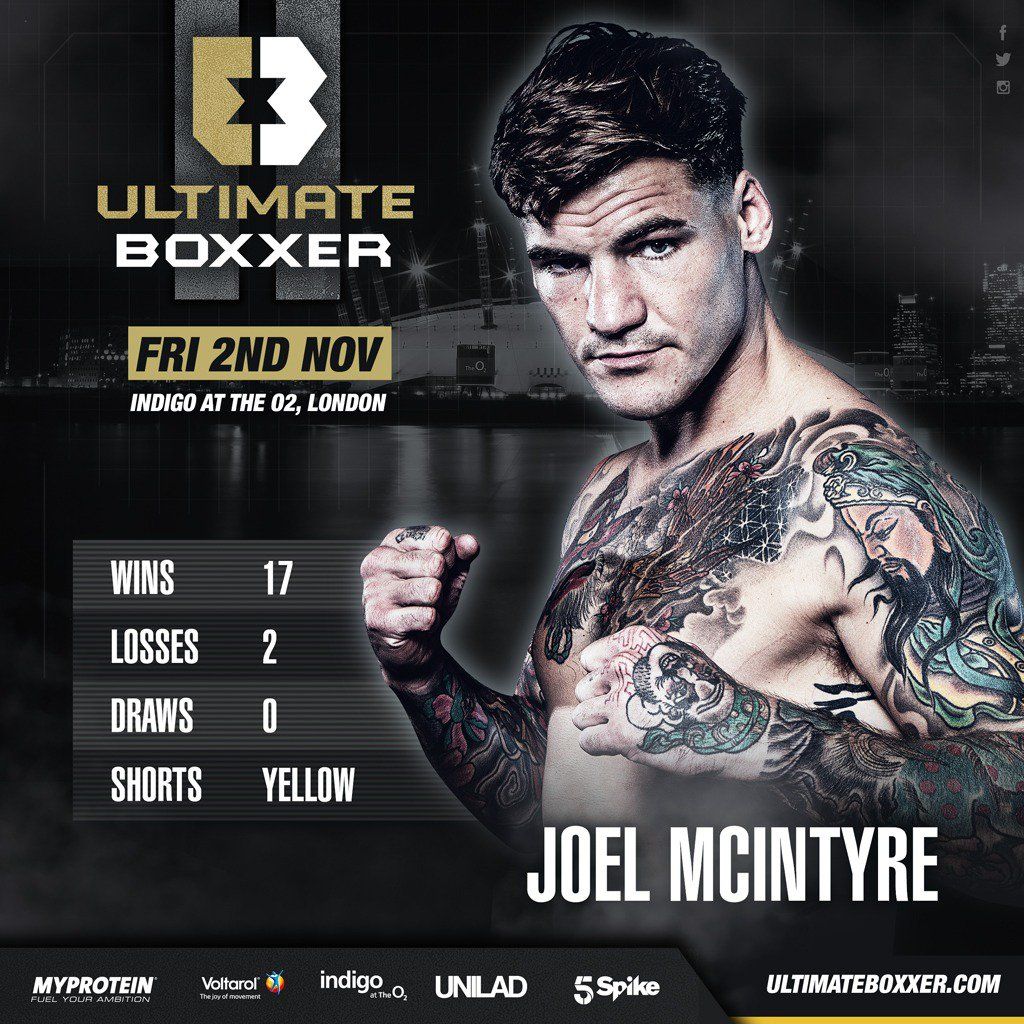 Team? “Daron Wiseman is my trainer; Dan Ashatano is my S&C coach and designs my programmes; family members, and everyone at Wisemans because everyone gets involved. I want to mention my long-time sponsor Chris Hitchin of CJ Meat in Havant.”

Ring walk song? “Last one was Slaves – Cheer Up London, especially for Miles Shinkwin, that one!”

Pre-fight rituals? “No, just a good warm up.”

Favourite brand of gloves? “Winning for training, Reyes for contests.”

Best venue? “probably York Hall in London for atmosphere, boxed at the SSE Arena in Wembley.”

Favourite sportsman? “I like Formula 1 so Lewis Hamilton, and I like Zlatan Ibrahimovic, he seems like a great geezer, he’s a martial artist, super fit and confident; he’s older now but still on top of his game.”

Favourite restaurant? “Best restaurant I’ve ever been is JSW in Petersfield. My favourite is a place called Marroccos, right next to Brighton and Hove ABC. I used to go with Scott Welch when I trained there at his gym.”

Phobias? “Used to be scared of spiders but one day I just picked one up and overcame that.”

Motto? “The gym is the place where you win or lose a fight.”

What fight do you want to see happen this year? “Gervonta Davies vs Ryan Garcia.”

What is the best division in boxing to watch? “I’d have to say middleweights.”

If you could fight anyone, past or present, who would it be? “Andre Ward, he’s class, so I’d love to test myself against him.”

What would you most like to be remembered for? “Just being sound and for fighting anybody.”

If you weren’t a professional boxer, what would you be? “A Formula 1 race car driver - I like driving fast!”

'Raw and wild' Lawrence Okolie is getting knocked out, says Matty Askin