Get to Know... Calvin McCord

In just his sixth fight, the young man Ayr put in an impressive display to win the Scottish Area Lightweight Title and, despite COVID-19 restricting his appearances, is currently unbeaten in eight appearances.

Managed by Sam Kynoch, McCord – along with fellow undefeated Scottish pros, Dean Sutherland and Billy Stuart – has now joined promoter Dennis Hobson’s Fight Academy stable, and will be looking to get his career back on the move again in 2021, with Hobson planning regular TV shows across the country.

Find out more about the young champion below, as he answers 18 quickfire questions:

"This is a tough one.  Growing up I was Ricky Hatton daft, but also loved watching old fights with Nigel Benn, he was one tough, tough man."

Your best win so far?

"That would be my Scottish Title fight against Marek Laskowski [March 2019].  It was a really thrilling fight, with me down twice and then dropping him twice and stopping him in the eighth round!"

What are your strengths and weaknesses as a boxer?

"My strengths are my body punching and I don’t believe I have any weaknesses."

What’s the hardest thing about being a pro fighter?

"I don’t actually find anything hard about being a pro boxer.  There are hard things like having to watch what you eat, but I love the fight game so I don’t struggle."

What weight do you see yourself winning belts at?

"I see myself winning belts on the lightweight scene."

Which current British fighters are impressing you the most?

"It’s got to be Josh Taylor, he’s doing unreal."

Name one UK fighter you would like to face in 2021?

"I’m not one for calling any fighters out, but I’ll fight anyone who’s put in front of me."

"I’m a straight up fajitas man, that’s my favourite – easy!"

"My favourite films are just anything funny; any of the Hangover films are up there."

Which actor would you choose to play you in a movie about your life?

"I’m not really sure, probably Barcelona is about the best city I’ve been to."

Your job outside of boxing (if you have one)?

"I’m an electrician by trade."

"I want to really test myself and see how far I can go in the sport."

Who is your biggest inspiration?

"Tyson Fury, the way he’s come back is unbelievable."

Tell us an unusual fact about yourself?

"I love all motorsport."

What is the first thing you’d buy if you won the lottery?

"I would sort my family out with money, and then buy myself a nice car!"

Where do you see yourself in five years time?

"With a few belts round my waist I hope." 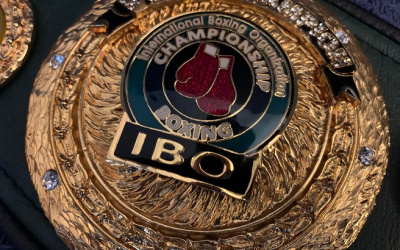