Following a lethal KO victory in April this year, where he deployed a swift and fierce, razor-sharp dismantling of the former two-division, Ring Magazine, Lineal and WBA world champion, David Haye, ‘The Bomber’ was considering retirement, even with the prospect of a juicy glut of opponents on the horizon, such as a potential revenge match with the WBC and Lineal light-heavyweight champion, Adonis 'Superman' Stevenson (29-1-1) and, of course, a possible bout with the retired Andre Ward (32-0-0) – the unbeaten, world’s best pound-for-pound fighter and two-weight unified champion.

However, after winning the World Boxing Super Series last month and becoming the undisputed, unified cruiserweight champion of the world, Oleksandr Usyk immediately called for Bellew next, and got exactly what he wished for. Since then, “The Bomber” has been chomping at the bit, revving up and raring to square off against the skilful Ukranian in what is expected to be a classic and explosive night of boxing, come November 10.

So, let's take a look at what both fighters bring to the table...

First and foremost, the former WBC cruiserweight champion of the world is a very underrated and talented boxer.

A fighter who studies the game like an academic and combines his homework with a multitude of skills. A man who thrives off being the underdog going into battle, for it makes the victory all the sweeter when he proves his doubters, disbelievers and bookmakers wrong.

So many fighters over the years have underestimated Bellew and have absorbed a battering and career-ending punishment for their errors of judgement. And it's when fighting against the hardboiled Scouser’s choppy-aggressive currents, flaring temperament and ferocious attacking combinations; it’s evident he can detonate with such momentum and power, causing serious problems for his opponents – not forgetting his exceptionally hard-hitting, knockout counter-punches; which were exemplified in his second showdown and second victory against David Haye, where the ‘The Hayemaker’ was forced to miss seven times before Bellew unloaded with a torrent of beefy shots that jawed Haye to the canvas.

In addition to the Bomber’s attributes, Tony is a hard, rough, formidable and resilient individual who exuberates relentless heart, passion, grit and determination – with an iron-will mindset that refuses to “throw in the towel”. Not only that, his experience, skill, excellent footwork, effective style, knowledge and study of the game’s opponents (past and present) will put him in good stead to utilise his efficacious and sophisticated pugilistic abilities, to aid a victory over the undisputed, unified cruiserweight champion, Oleksandr Usyk.

At 6ft 3″ and 14 stone; the WBC, WBA, WBO and IBF unified World cruiserweight champion is a solidly formed and extremely dangerous fighter who is yet to taste defeat. A fierce and ferocious gladiator of the squared circle, whose steely punching power and rapid-punishing combinations, obliterates opponents into crumpled heaps.

Oleksandr Usyk is an exceptional talent and seriously accomplished boxer who conducts his affairs in the ring with a masterful, savage and chilling menace. A man who does not lay claim to pomp or flamboyant antics – but nothing less than a serious, consummate, brutal and formidable force within his division – a fighter not many relish the prospect of tangling with.

A clash with Tony Bellew may be regarded as a “one-sided affair”; however, as proficient, skilful, fearless and powerful Usyk may be, he would need to keep his wits about him and never for one second underestimate a seasoned professional like the “The Bomber” Bellew – for the penalties may be devastating.

It's fair to say that Bellew will be prepared to dig and claw and tear deeper than he has ever done so before. A fight, if he wins, will reward him the unification-cruiserweight spoils and an enriching achievement that will cement his place within the illustrious history books of the noble art.

Really looking forward to this fight - think it's going to be a cracking match-up.

Tony Bellew is an intelligent boxer, a ferocious scrapper and a lethal banger! In a fusion of experience, skill, resilience, self-belief and determination; "the Bomber" will stop and rip the belts away from the unbeaten Usyk to become the unified, two-time, world cruiserweight champion! 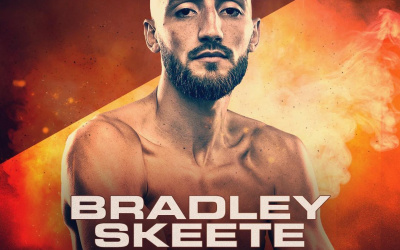