Two-weight world champion Saunders (29-0, 14 KOs) was due to face pound-for-pound star Canelo (53-1-2, 36 KOs) in Las Vegas on May 2, but the Coronavirus outbreak has caused the bout to be pushed back.

Despite the delay, Hearn insists that a fight between Saunders and Canelo is still likely to take place later this summer.

Matchroom Boxing promoter Hearn told Sky Sports: “Billy Joe at the minute has a deal in place to fight Canelo. Everything now depends on when the sport begins, because that fight was supposed to take place on Cinco de Mayo.

“Will boxing return in June, July? If it does, there’s every chance that Billy Joe Saunders will fight Canelo Alvarez in that period, and the date of the Golovkin fight will be put back. I think with the whole disruption, the old Cinco de Mayo and September 13 weekend will have to take a back seat.

“Right now, Billy Joe Saunders is actually in Vegas, training. We were supposed to have a press conference on Monday, to announce the Canelo Alvarez fight. He’s out training with Ben Davison and Josh Taylor, who has just had his fight postponed for May 2 as well. 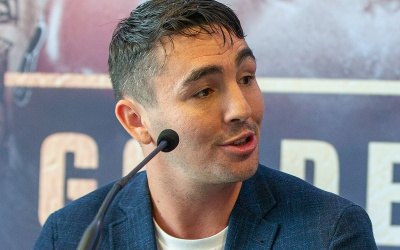