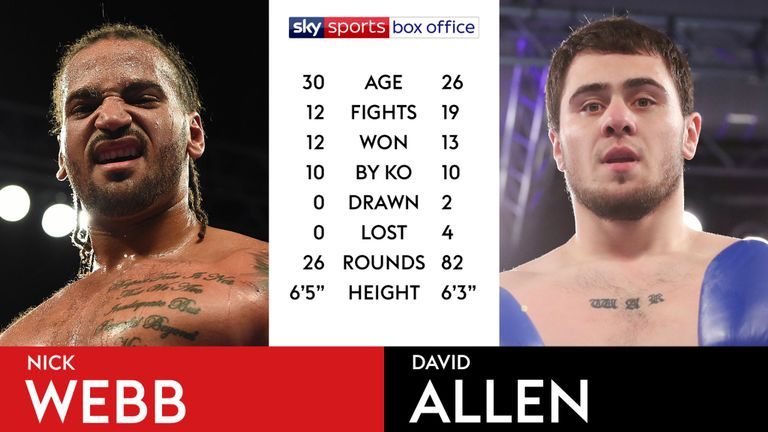 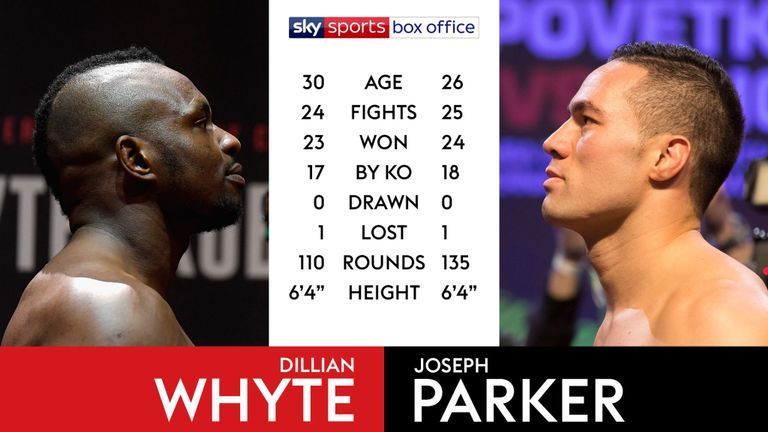 Quotes from the presser

Eddie Hearn: "Dillian Whyte’s career is on a ferocious upward curve right now, and the ‘Body Snatcher’ has grasped the chance to fight former World champion Joseph Parker with both hands.

"Dillian could easily have sat back and waited for his shot at WBC king Deontay Wilder, but the Brixton man is not one to wait patiently in line. Behind Wilder and Anthony Joshua, Dillian is the biggest name in the division and he’s top of the ‘who needs him’ club at Heavyweight as a dangerous customer that can beat anyone on his day.

"Joseph is a softly spoken and likeable man – but make no mistake that in the ring, he’s all business and has bad intentions for Dillian – this is a real 50-50 contest and I’ve no doubt that the winner will be in World title action very soon."

Dillian Whyte: "Joseph is a fighting man, that’s his heritage, but he’s short of options. He could have gone to USA to fight Bryant Jennings for a small purse and no attention or come to the UK in front of a sell-out crowd and get better pay and a more prestigious fight.

“He’s motivated - he knows beating me gets him close to another shot at AJ, so that’s what makes him dangerous: “if I do Dillian, I’m back in the big time again” – but he’s got to get past me first.

“For me, it’s progressing my career. You have to have consistency and be active, keep fighting, go through training camps. It doesn’t matter how small the progress is, as long as you keep progressing then you will improve and grow. I’m getting better, stronger, smarter... I’m like a fine wine in the cellar, ageing, maturing and tasting sweeter.

Joseph Parker: “We had options on the table and Dillian had a fight with Pulev lined up. Credit to David Higgins and Eddie Hearn, they did a tremendous job in locking the fight in really fast. When you have two fighters that want to fight each other that makes it easier for the business men.

“David is a great promoter and he looks after me, he's done a tremendous job getting me yet another great fight. It was important to get back in the ring in another big fight straight away. Dillian is on the cusp of fighting for a World title and beating him would put me right back at that top table.

“I haven't seen the best of me yet, there's a lot more to come. It's a case of getting more experience, learning in the gym and working on my craft, making improvements gradually.

Katie Taylor: "Kimberly is my mandatory challenger and I cannot wait to get in there and showcase my skills again, hopefully with an impressive performance.

"I have big dreams and big goals. I would love to become the undisputed champion. There's two more belts to go and I'm very, very hungry for them.

"I have the WBA and IBF belt but that's only the start for me. I hope to be the undisputed champion soon and the next few months are going to be really exciting for me."

Kimberly Connor: "This is a whole new World for me coming over here and being involved in such a huge show. Katie has accomplished a lot and I have huge respect for her. I'm really  looking forward to fighting her. I'm the massive underdog in this fight and I'm coming to take those belts home with me."

Carlos Takam: "I’m very glad to be back here in the UK. When I was offered the fight against Dereck I immediately accepted it. Dereck is as tough as they come and I'm prepared for a tough night."

Dereck Chisora: “Carlos took AJ rounds, he’s a tough guy so this is no walk in the park – it’s a marathon. He goes rounds with good fighters so I know that I’ve got 12 rounds ahead of me. They asked for this at the beginning of the year but there was no right slot for it at that time.

“I know it’s going to be a long night, there’s no two ways about it. I didn’t learn anything from his AJ fight as he was fighting a different game than he’ll bring tonight, I just want him to be in front of me so we can have a good time.

Nick Webb: “I’m really excited about this weekend and doing the job. It's a great opportunity for me to progress towards the British title. I’m going to break him down and finish him.

“Everyone knows Dave and everyone loves him, I like him too, but this is business and I’m going to show him what I’m all about.

"We are competitors and I’m there to take him out. The fight has come out of nowhere a bit but I’ve always wanted the fight. We’ve always traded words over social media so it’s good to finally get him in the ring.”

Dave Allen: "Eddie offered Joe Joyce to fight Nick. Then my name was mentioned in an interview if that was off so I sent Eddie a message straight away.

“Who wouldn’t want to be part of another big PPV show? I’ve been involved in a few now and I couldn’t say no when I knew there was an option to fight on this card.

“Win, lose or draw this is going to be my last fight for a while. People might say that’s not the best thing to say before a big fight, but it’ll help drive that extra 10 per cent out of me. I’ve been in some good, hard fights in recent years and I think it’s time to rest up and revitalise myself.

Conor Benn: "I’m ready for this fight. This is almost like a hindrance on my career, I know I’ll beat him on my worst day. Nothing was right for me that night or lead up to that first fight.

“I was jetlagged coming back from New York. I didn’t think I was going to fight when I come back – I thought the year was done so my weight wasn’t too great and my face suffered an allergic reaction out there as well.

"I need to prove that I'm a  level above my opponent here. I'm ready to box. I know I can box and I'm ready to have it and entertain the British public."

Anthony Fowler: “I’m the hungriest that I’ve ever been. I’m fighting an ambitious 8-0 prospect in Craig O’Brien who won’t want to lose his unbeaten record. These are the kind of fights that I want to be involved in at this stage of my career. This is the fight where everyone is going to see what I’m really about.

“It’s great to be fighting on another Dillian Whyte undercard. I put on a good show last time out at The O2 and I’ll be looking to do the same tonight. This is the biggest test of my pro career to date and I’m ready to go to war if I have to.

“The plan is to keep on winning and to fight for a belt towards the end of the year. I haven’t got a specific title in mind, I just want a belt wrapped around my waist by the end of 2018."

Joshua Buatsi: “I’m excited to be fighting for my first pro title. Knowing that a belt is on the line has helped fuel the hours and hours of hard work that I have been putting in to my training.

“I really thrive when I fight at The O2 and I’m looking to turn it into my Lion’s Den. I love fighting here and I’m going to put on a memorable performance for all of my fans.

“My team have the experience and the knowledge to guide my career and to make the correct decisions which allows me to prepare and continue to improve."